Five ways to get active on March Break 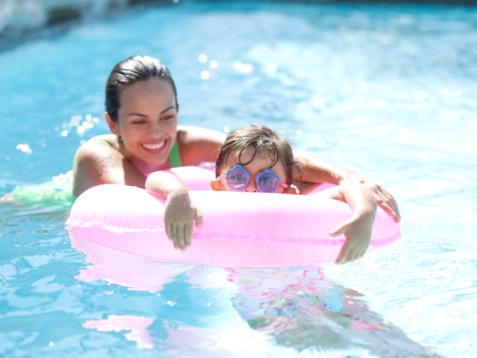 After a brutally cold February, the first week of March in Calgary had temperatures I termed “hideous below zero.” We all got pretty tired of it waiting for March Break for our chance to burn off those final bits of Christmas lingering in various spots not covered by a bathing suit.

If you’ve been hibernating just a little bit, then, well, I don’t blame you. People invented furnaces for a reason. Still, we’re reaching the point where the sun is out longer than the stars, the snow is melting to uncover brown grass, and pretty soon those street sweepers will be coming by to get rid of all that pesky gravel that makes rollerblading a high-risk activity.

And with all that comes a week of figuring out what to do with the kids.

Well, you could let them work on clearing some PVR space or leveling up on Call of Conan Four (I don’t know what that means either), but here is a smarter plan to springboard March Break into seasons of moving your butt instead of creating chair grooves with it.

1. Take a couple of days off and decide to move: If your kids have the week off, why not take at least a couple of days to spend some time with them having fun and all of you getting some exercise? Make some specific plans on what to do. When you plan in advance that you’re going to do something (like be active), then you’re far more likely to follow through than if you just decide to wing it the day of.

2. Avoid lines: You don’t burn many calories standing in line, so think of all those popular things that families do when they have a day off — and then do something else. If you go to a place crammed with people you’ll be frustrated / the kids will complain / the day will not be fondly remembered / you’ll never read my articles again.

3. Start brainstorming: Sit down with the people you’re going to be spending the day with and have some fun figuring out cool things to do that get your heart rate up, but not because the place is jam-packed with a bunch of other people whose sole purpose in life seems to be to drive you crazy. Think outside of the cereal box and try to outdo each other with fun things that don’t necessarily have to cost money.

Instead, pack a lunch that is healthy and perhaps includes a small treat for the kids so you have a counter to candy floss or mini donuts.

5. Steal my ideas: Did the brainstorming not workout so well? Never fear, because I’ve done a little bit of thinking for you. Here are some ideas of mine that you can use if you’re hard up:

Go cycling: Google “[Your city name] bike map” and there’s a good chance you’ll find some ideas of where to go. Plan a route out in advance, along with a nice place to stop to eat that lunch you packed.

When my kids were younger and not able to go long distances, I could still get a good workout by running while they rode. In fact, I had to tell them to stop periodically and wait for daddy to catch up. Sometimes they didn’t, just to mess with me.

And it doesn’t just have to be bicycles. Inline skates can be fun as well, but avoid the gravel. Again, helmets with the rollerblades. Wrist guards too. Knee and elbow pads might be advisable. And perhaps a pillow to shove down the back of your pants. You might want to bring a first aid kit, too.

Go to the zoo: Okay, it may still be busy, but the thing about the zoo is that even if it’s packed it doesn’t mean you still can’t see everything and cram in a lot of activity. The nature of the zoo is such that you don’t usually have to line up for stuff except for food (so bring that lunch). Also, check the times and try to get there right when it opens so that parking is easier and there won’t be a huge line at the gate. Hit the most popular exhibits first and then tour the rest. If you’re lucky enough to live in an area with a large zoo, try to see it all. Take several hours to just walk, taking breaks to have the lunch you brought and recharge. When you get home, you’ll all be wiped from having a great time.

Go to a community centre: Can’t agree on who wants to do what? Hopefully you have a good community activity centre that allows people to swim in a pool, rock climb, lift weights, take a fitness class or go skating. Family rates are usually pretty good for these places. You tax dollars at work.

Take a hike: You don’t always have to head far to go for a hike, and again Google can be your friend to find age-appropriate levels of difficulty. It’s great to get some exercise, but don’t pick something too rough for young kids or it can turn into a whining death march, with kids begging to be carried and you wishing you’d gone to work instead.

James S. Fell is a certified strength and conditioning specialist in Calgary, AB. Visit www.bodyforwife.com or email him at james@bodyforwife.com.