B.C.’s Jinny Yun transformed herself from a shopaholic into a zero-waste advocate. She brought her family along for the challenge. 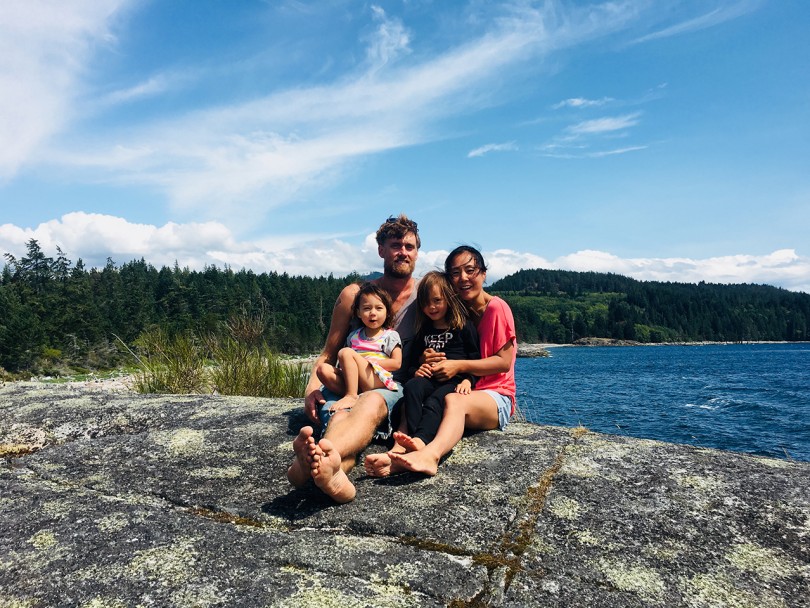 Jinny Yun was once a self-described shopaholic. “I was the opposite of green,” she says. She grew up in Seoul, South Korea, in the Gangnam neighbourhood and would go browsing in its designer boutiques whenever she could, filling her closet with status items. In 2005, she moved to Vancouver and, a few years later, married her home-builder husband, Joel. He had grown up in a hippie haven and tried to convince her to reduce her consumption, but her work as a college recruiter required travelling to Asia two or three times a year, where she resumed her shopping habits.

But in 2016, after the birth of their second daughter, she started to feel overwhelmed by stories of polluted oceans and environmental catastrophe and was inspired to make a real change. Yun had collected reusable shopping bags, coffee cups and water bottles for years; now, she was finally using them. She switched from disposable to cloth diapers. “Even with the extra laundry and water usage, the cloth ones are more sustainable when you factor in manufacturing, shipping and disposal,” she says.

Yun dispensed with single-use baby wipes, using her own eco- and bum-friendly cleaning solutions, and brewed an ancient apothecary’s worth of natural toiletries: deodorant (made from shea butter and essential oils), body scrub (leftover coffee grinds), conditioner (she uses an apple cider vinegar rinse) and toothpaste (clay, baking soda and stevia). Kitchen towels get upcycled into reusable lunch bags or donated to a company that uses them to stuff car seats. The only things she and her husband buy new are socks and underwear.

The family subscribes to a mostly vegetarian diet, eating preserves and fresh produce from her in-laws’ garden and growing their own peas, carrots, lettuce, onions and beets in their backyard vegetable patch. The rest of their food comes from places like the Soap Dispensary and Nada Grocery, a zero-waste market where customers fill their own containers with bulk items. “We save so much more money,” Yun says. “But the main thing we spend it on is food. We try to waste nothing. I want to teach my kids that food is precious.”

Other parents often ask for advice about how to recycle difficult items or throw a less-wasteful birthday party for their kids. After three years of zero-waste living, Yun and her family have reached the point where their yearly garbage fills just three one-quart Mason jars—and the bragging rights are almost as satisfying as the waste reduction.