Your reactions to the trial of Colonel Russell Wiliams

These past few days it's been impossible to turn on the television, open a newspaper, or even log on to the internet without learning about the grizzly crimes committed by Colonel Russell Williams. 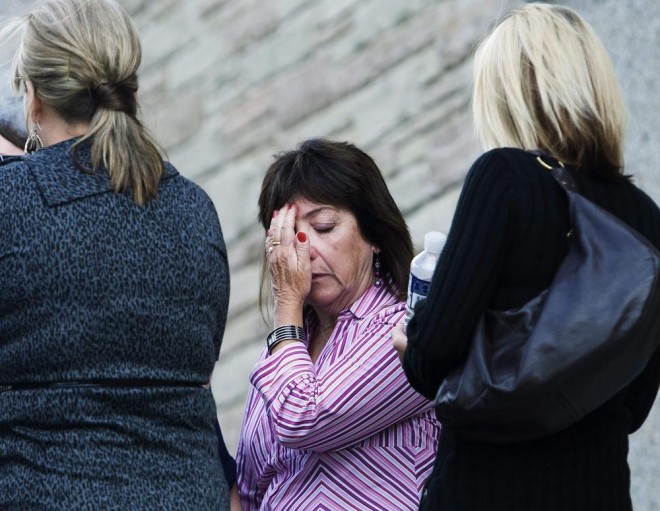 These past few days it’s been impossible to turn on the television, open a newspaper, or even log on to the internet without learning about the grizzly crimes committed by Colonel Russell Williams. The former head of Ontario’s Trenton military base began his trial on Monday with a guilty plea to two murders, two sexual assaults and 82 fetish break-ins.

The trial has many Canadians recalling the horrific crimes of Paul Bernardo and Robert Pickton, but what’s new in this case is the gruesome amount of detail being made instantly public through the live reports from journalists inside the courtroom. Graphic descriptions of Williams’ sexual assaults along with images of him wearing his victims undergarments have been released by the media, and this unprecedented public display of evidence has many of you questioning if the publicity is really serving any purpose.

Many of you have shared your thoughts with us about the crimes and the coverage, both on Chatelaine’s forums and on our Facebook page. A majority of you feel the media coverage is too much. Claire Anne writes today via Facebook: “Wish I’d never seen the pics of him parading in women’s underwear, blech. Don’t want to know any of the gruesome details. Those poor victims. . Heartbreaking.”

Another Facebook commenter, Mary Turner, writes: “I won’t be watching/listening to any more. The first murder was a couple of blocks from our house. My husband is in the military. While this is hitting pretty close to home for me, I just can’t imagine how devastated the victims’ friends and families must be with all the details the media has decided to ‘share’ with us.”

A commenter on our forums wonders: “How will the details of this hearing influence other sickos?”

Some of you are conflicted about the coverage, like Nicole Arnold, who writes via Facebook: “It’s like a car crash, you can’t help looking but feel so [g]uilty, and with this whole mess, dirty and disturbed when you do.”

Others seem to feel that there is value to publicizing the story and talking openly about it. A school teacher describes on our forums a discussion with her students about the case: “We were talking about the fact that what is so scary is that someone can be so respected, appear so honourable, so normal, so “heroic” and hide this very diseased part of himself so well…”

The one thing on which we unanimously agree is that these crimes were the act of a very sick man. Via Facebook, Deb Pittman Swinton puts into words what all of us have been feeling: “Horrific and disturbing. It’s incredible to me the depths of human degradation he has shown. Unbelievable.”