You know what they say about boys from the country...

Men from the country have got the goods; Canada's climate change reputation is still atrocious; America throws away $110 billion, literally; Elizabeth Edwards is no longer with us; and Julian Assange has been denied bail in British court. 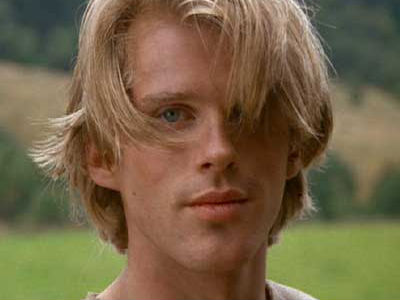 Apparently it’s an urban myth that men born and raised in the country are, er, better endowed than city boys. Though it’s a stereotype with which we’re unfamiliar, a puberty study of 6,200 Bulgarian boys has found that there may actually be some truth to the legend. By the time the country boys studied reached the age of 19, they had a mean, er, length of 3.826 inches, while the city boys measured 3.657 inches, and the difference was only accentuated as the boys continued to age. This is without a doubt the most ridiculous story to run on MSNBC in a long, long time, but one that lends a whole new meaning to the lyrics “Thank God I’m a country boy.”

Out of 57 countries around the world, Canada came in a dismal fourth worst in a ranking of how each helped combat climate change. The report was released Monday at the United Nations’ climate change conference currently taking place in Cancun, Mexico. Thankfully we weren’t the absolute worst: Saudi Arabia, Khazhakstan and Australia came in first, second and third.  Experts blame Canadian federal policies, citing our lack of an emissions tax or cap-and-trade system.

Sometimes it seems like the United States is just throwing away money, and sometimes it’s because they actually are. The American mint announced that their new $100 bills, which were expected to be released in April, cannot be used due to an accidental fold that occurred during printing. Apparently $110 billion worth of unusable $100 bills have been printed and are currently being stored in massive vaults around the country until they figure out what to do with them.

Elizabeth Edwards succumbed to breast cancer yesterday at the age of 61. The former wife of one-time vice-presidential candidate John Edwards fought valiantly for health care in America. Edwards was first diagnosed with breast cancer in 2004, yet stood by her husband through two presidential campaigns, only to divorce in 2010 after he confessed to fathering a child with a campaign videographer. Edwards left a farewell message on her Facebook page after discontinuing her cancer treatment on Monday: “I have found that in the simple act of living with hope, and in the daily effort to have a positive impact in the world, the days I do have are made all the more meaningful and precious.”

Wikileaks founder Julian Assange has been arrested in London on four Swedish sexual assault charges. Assange is the man behind the thousands of leaked documents that have been embarrassing governments and officials around the world over the past week and a half. British officials are in the process of deciding whether to extradite Assange to Sweden, where he fears he will be succeptible to further extradition to the United States on charges related to Wikileaks, rather than sexual assault. Assange has been denied bail until his next court appearance on December 14.