Yes, you can eat so much your stomach will explode

The holiday party season is about to kick into high gear, which means opportunities for dietary indulgence are set to multiply and to well beyond even a marathoner’s capacity to burn off those excess calories. 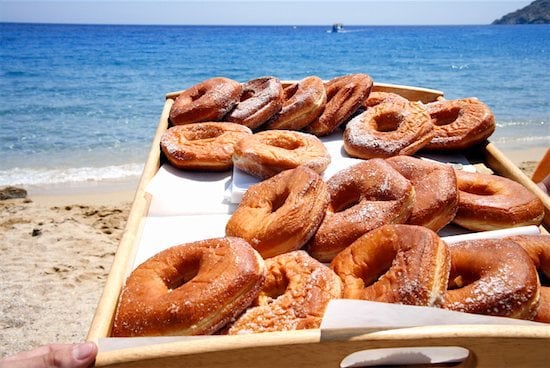 The holiday party season is about to kick into high gear, which means opportunities for dietary indulgence are set to multiply and to well beyond even a marathoner’s capacity to burn off those excess calories.

Bearing temptation in mind, consider this next post a public service announcement. According to MSNBC.com’s The Body Odd, the phrase “I ate so much I think I’m going to explode” isn’t just hyperbole. It appears you can indeed eat so much that your gut pops like an over-filled balloon.

The human stomach is built to contain about one to 1.5 litres of food at once (think the size of a large pop bottle). It takes the stomach anywhere from two to five hours to pass that food through to the small intestine and the rest of the digestive system (all told, it can take anywhere from 24 hours to 72 hours to fully digest a meal). Fortunately, the digestive system offers natural resistance to overeating, hence the feeling of fullness, even nausea that may come from eating too much at one sitting.

For the stomach to rupture you’d have to eat more than double the stomach’s capacity, reports The Body Odd:

“Pathologists’ reports seem to suggest the stomach is able to do OK handling up to about three lit[res], but most cases of rupture seem to occur when a person has attempted to stuff their stomach with about five lit[res] of food or fluid.”

Stomach ruptures are extremely rare and often the result of a mental illness or eating disorder (the post cites cases in which bulimia triggers a rupture). Maybe a reminder about the body’s fragility and it’s limited cargo space is a good thing. Fearing an internal Chernobyl in your belly, may help you say ‘no, thanks’ to a third pass at that cheese tray.