The Gi Bike can charge your phone, lock itself, and even pedals for you if you're tired. 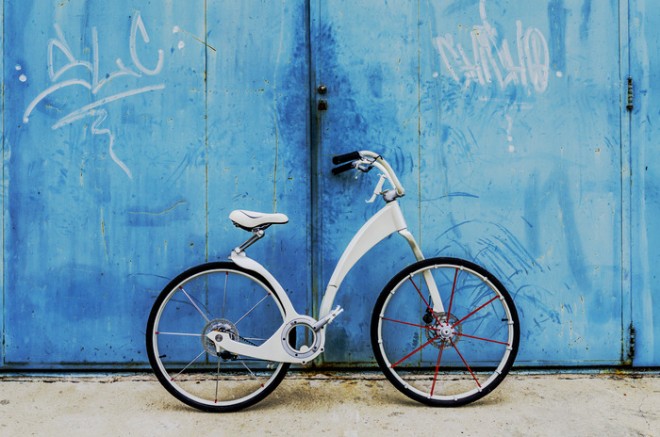 It seems the growing trend in seeming must-haves are products that multi-task. Taking a page out of the smartphone’s multi-functional manual, the Gi Bike (via Fast Company) may just be the ultimate commuter bike.

For one, it’s electric which cuts down on the ‘oh-god-I’m-covered-in-sweat-and-it’s-only-8:39-a.m.’ problem faced by those that ride to work and don’t have the luxury of a cubicle outfitted with an ensuite shower.

Secondly, the electric bike folds up nicely (and quickly in only three seconds) and into something like a rolling suitcase if you need to take the bus or ride the subway (or if you’re too tired and just want to cab it home). In addition, it locks itself — no more searching for your lock key — and even pedals for you if you’re tired.

The bike is also tech-savvy, allowing users to integrate their smartphone, a feature that may see some tweeting while riding, or looking up directions. The bike also acts as a battery charger for your phone.

The Gi Bike’s resume of accomplishments is pretty impressive to be sure. Sadly, the one thing the bike doesn’t do is get a part-time job and pay for itself. If you want a G1, you’ll have to pony up upwards of $3,500. If you’re a miserable transit rider who longs to hit the open road and tweet while doing so, the investment may just be worth it.