Would you let your son play with this doll?

As the recent backlash against Target shows, many parents wouldn't. Here's the real reason getting rid of gendered kids' departments terrifies people. 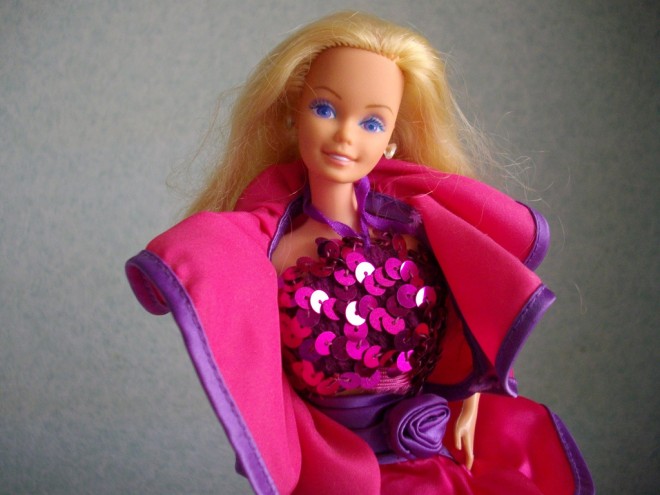 When my son turned two, a friend of mine gave him a baby doll, the kind made of plastic with a little hole between its lips for a tiny toy bottle. Not only that, it was boy doll, dressed a pink onesie and tucked into a pink crib. It was as much a present as it was a challenge: Could we raise our son to be a doll-snuggling lover of pink? Or would we lazily and cowardly default to toy trains, Lego and all things blue?

Here’s what happened: The doll spent the next couple years in the corner of our son’s room. Occasionally, he would pick it up for a brief inspection, undressing it and pointing delightedly to the doll’s penis and his own. Then he would shove the doll back into its pink onesie, plunk it back down in its little pink crib and go and play with his toy trains and Lego.

Before you draw conclusions about what this says about nature and nurture and gender and toys, let me add that even though my son neglected the doll, he loved to do other kinds of so-called feminine things, like playing house with his stuffed animals and cooking meals with a toy set of pots and pans. While it’s possible he was hardwired to balk at dolls and the colour pink, it’s far more likely that he just didn’t think the toy was much fun.

I was reminded of this last week when Target announced it was phasing out gender-based signage in its kids’ departments, meaning there will no longer be “Boys’ Bedding” and “Girls’ Games” but instead “Bedding” and “Games.” This shouldn’t be noteworthy; most kids’ stuff — Frisbees, high chairs, Play-Do — are genderless anyway. Nor is it novel: Two years ago, a Toys R Us superstore in Sweden stopped grouping toys by gender altogether. The company also distributed a catalogue throughout Northern Europe that featured pictures of boys playing with hairdressing kits and girls firing rounds from automatic toy guns.

On this side of the Atlantic, though, some parents and conservative media outlets reacted to Target’s plan to change a few signs as though the gender apocalypse had arrived: Heaven help us if Barbies lieth alongside Transformers! But as much as the critics wanted to drum up alarm over the perversion of the natural sexual order of Mattel products, there’s little proof of an inflexible, in-built boundary between things boys and girls like to play with. There is some inherent gender difference in style of play (often due to varying rates of the development of certain skills, like language and self-regulation), but more often kids share common interests in things that aren’t strongly associated with gender, activities like colouring and puzzles, board games and hide-and-seek, swimming and monkey bars.

In fact, much of the difference in what boys and girls are drawn to is the result of socialization and savvy marketing, not intrinsic preference. Take the prevalence of pink for girls. It’s not always been thought of as a princess shade — a century or so ago, it was a masculine colour. Similarly, fads in toys and kids clothing are usually less of a reflection of what’s biological but rather a reflection of current attitudes and anxieties.

Right now, there’s a lot of anxiety about gender definitions, despite — or very likely because — feminism and the movement for LGBT rights have blasted open traditional ideas about what makes a man and what makes a women. To address it, there’s been a doubling down on policing gender in the silliest of ways. It’s in the dust-up over Target signage, but you can also see it in the increasing obsession to label all kinds of items, from soap to tissues to pens as “for him” or “for her.” Dozens of Tumblrs are devoted to products (yes, there really are dryer sheets made “for men”) that exemplify “fragile masculinity” — which is really what’s at the heart of this panic.

No one is too concerned about girls who like chemistry sets or Pokémon cards — that’s aspirational and ambitious. The real fear is what happens when a boy wants a doll or a tea set — that’s a plunge in status and power. It’s girlie. It’s gay. It’s abnormal. But I have to wonder, if the distinctions between boys and girls were so innate and pronounced in the first place, why do they need protection?

More columns by Rachel Giese:
Ashley Madison’s cheaters deserve privacy, too
Gynaecologists use IUDs. Why don’t the rest of us?
The collarbone challenge: yet another way to glorify thinness