It’s not easy coming up with a name for baby. Just ask mom-to-be Rommy Alpinelli, who has struggled to find the perfect name for her first child due the first week in December. The Toronto supply teacher has come up with a unique solution: she is letting Facebook users name her soon-to-be-born baby girl. 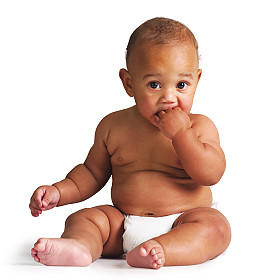 It’s not easy coming up with a name for baby. Just ask mom-to-be Rommy Alpinelli, who has struggled to find the perfect name for her first child due the first week in December. The Toronto supply teacher has come up with a unique solution: she is letting Facebook users name her soon-to-be-born baby girl. Suggest a name for Alpinelli’s baby, or cast your vote for one of the top ten names already suggested at fabfindbaby.com or facebook.com/FabFindToronto. Aria, Melania, and Aubrey are currently the most popular with voters. The person who suggests the winning name will receive 25,000 reward points from fabfind.com, a discount deals site that came up with the contest idea. The contest ends on December 11.

The US government is scrambling to contain a major breach in diplomatic relations.Wikileaks has obtained more than 250,000 confidential diplomatic cables written by American diplomats and officials, and the site has started making the classified documents available to the media. Wikileaks began sharing the files, which they obtained from an anonymous source, on Sunday afternoon. The documents include insider observations into tense diplomatic negotiations with foreign leaders around the world. Aside from the private meetings they recount in detail, there are many highly embarrassing descriptions of foreign leaders. The cache of stolen files also includes at least 2,000 cables from the US embassy in Ottawa. The contents of these documents, which apparently discuss Canada’s “inferiority complex,” are to be made available on Thursday December 2.

Record numbers of immigrants are failing the Canadian citizenship test. The failures are believed to be the result of changes that were made to the exam this past spring. In early March, Citizenship and Immigration officials changed the questions and raised the passing grade from 60 per cent to 75 per cent. In a matter of months, the failure rate for the 30-minute written test went from a reasonable eight percent to an alarming 30 percent. The increase in failures prompted another revision, which came into effect on October 14. That new test has reportedly slashed failures by 10 percent.

Another reason to stay on top of house cleaning: A hand-drawn, 17th-century map of Canada has been discovered in Scotland. More than 300-years-old, the map was found in the utility room of a private home in Aberdeenshire, Scotland. The previously unknown document divides the-then new land into “Nova Britania” and “New France,” and depicts the nation from Manitoba in the west to “New Found Land” in the east. The one-of-a-kind artifact is the handiwork of John Thornton, one of the era’s most renowned cartographers. The relic will go up for auction in January in the UK and is expected to fetch as much as $125,000.

Lady Gaga, Justin Timberlake, Usher and Alicia Keys will be deactivating their Twitter and Facebook accounts in support of World Aids Day. The stars, who will officially log out on Wednesday, are taking part in the “Digital Life Sacrifice,” a charitable campaign spearheaded by Keys’ Keep a Child Alive Aids charity. Keys, Gaga and Timberlake will reactivate their pages once the campaign has raised its goal of $1 million (US). Given the number of fans each star possesses—Lady Gaga alone has more than 24 million Facebook fans and 7 million followers on Twitter—the goal seems more than achievable.