Would you inject urine to lose weight?

The craziest diet ever; how a little bit of weight can be harmful; ending the forced marriage of young girls; the Diva Cup revealed; and Nasa discovers new life on earth 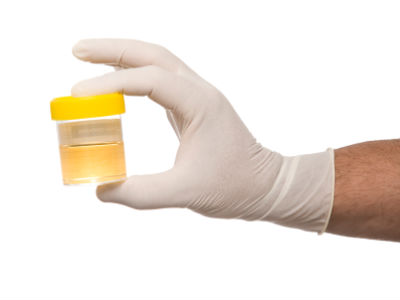 What would you do to lose weight? Eat less? Exercise more? Inject the pee of a pregnant lady into your body? We’re hoping you answered yes, yes, no, but unfortunately, there are people out there who would likely answer yes to all three. These people swear by a new fad diet that requires users to receive daily injections of urine collected from pregnant women. Dieticians recommending the treatment say it is the hormone coriogonic gotrophin contained in the urine that causes the weight loss. Though there is moderate anecdotal evidence of success, most physicians and scientists say that these people are losing weight because of the strict 500 calories per day diet that accompanies the pee, not because of the urine itself.

A new study has found that being even just a little overweight can still be detrimental to your health. Previous investigations into the health effects of carrying moderate extra weight have been controversial, with some even suggesting that being a little bit heavy could be beneficial. This large new study of 1.5 million people found that the risk of death increases with even a little bit of extra weight. In healthy women, those with a BMI just above the healthy range saw their risk of death increase by 13 percent.

Everyday, girls as young as eight are forced to marry much older men, and yesterday the U.S. Senate passed a bill to put an end to the practice. More than 60 million girls around the world between the ages of 20 and 24 were married before they were 18. Young brides run a high risk of complicated pregnancies and are more likely to be the victims of domestic violence. The International Protecting Girls by Preventing Child Marriage Act aims to do just what the name implies – put an end to early forced marriage worldwide.

Some women swear by it, while others consider it a disgustingly graphic method of managing your period. The Diva Cup polarizes women, but whether you’re a die-hard user or have chosen to abstain from this reusable period product, you’ll enjoy the plucky review that appeared on Jezebel yesterday. It recounts the “bloody initiation into the Diva Cup cult” of one young woman, and will have you either runing out to buy one, or running screaming in the other direction.

Nasa announced last week they would soon make a very important announcement, and after much gossip about the possible discovery of life beyond planet earth, the space program revealed yesterday that they have indeed found life unlike anything we have ever seen – right here on earth. A new bacteria was found in the poisonous Mono Lake in California, and is unique in that it is made out of arsenic, while literally every other living thing in our known universe is made using phosphorus. Scientists are freaking out. They say this will dramatically change the way we examine the very concept of life on earth, and elsewhere.