Would you go to Australia with Oprah?

Two women from Nova Scotia are vacationing with Winfrey this week. In other news, the obesity epidemic is not affecting just humans and are Canadians cheating on their taxes? 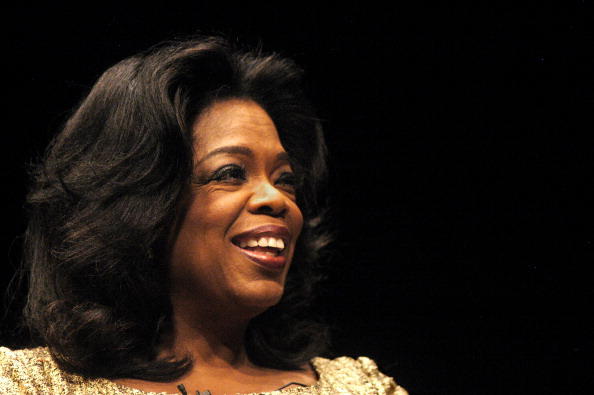 Wouldn’t you like to go to Australia with Oprah? Especially if she’s paying…
Two Nova Scotia women are vacationing in Australia with Oprah Winfrey this week. Liz Toole and Sharon Gray of Lower Sackville, Nova Scotia won the trip last fall, during the premiere episode of Oprah’s final season. During the September 13th episode Oprah announced that she would be taking the audience to Australia with her on an all-expenses paid trip in December. Also, that actor John Travolta would be piloting the plane. Toole and Gray left with 150 other fans this weekend. Oprah will reportedly arrive on Tuesday. The host is set to film two episodes in Australia, including one at the iconic Sydney Opera House, and stars such as Hugh Jackman and Russell Crowe are set to visit.

Obesity may be an all-species epidemic, say two US researchers.  It seems that human beings aren’t the only species that have dramatically piled on the pounds over the past three decades. Two researchers from the University of Alabama’s school of Public Health concluded that a number of animals, both wild and domestic, show an increase in body weight. They range from domestic pets to rodents, chimpanzees—even lab rats. The study, which appears in the British Journal, Proceedings in the Royal Society B, lends some support to the hypothesis that as-of-yet unidentified factors such as environment or even a virus may play a role in rising obesity rates.

According to a leaked diplomatic cable from the US embassy in Beijing, the Chinese government’s already great distrust of Google increased after senior officials realized that the search engine was uncensored and offered Chinese language searches. The cable goes on to say that when one official searched his own name he found results that were critical of him. The New York Times identified that official as Li Changchun, China’s senior propaganda minister. The confidential cable, written in 2009, is just one of the more than 250,000 confidential diplomatic cables released by secret-sharing website, Wikileaks last week. Google pulled out of China last spring after its server was hacked and the emails of Chinese dissidents were stolen.

More Canadians reported unclaimed income to Canada Revenue in 2009-10 than
in years past, reports news site, ipolitics.ca. The independent news site looked at numbers released by Canada Revenue and found that 12,128 Canadians came forward in the previous tax year to report unpaid taxes. All told, the bounty represented $1.8 billion in unreported income and about $550 million in federal taxes.  That number represents an increase of 14% since 2008-9 when 10,639 people came forward. Under Canada Revenue’s voluntary disclosure plan, Canadians can report unpaid taxes without facing prosecution. Their only penalty: they must pay the tax owing with interest.

Researchers at the University of California believe some Internet sites are tracking your every move online—and not in a good way. It’s called “history sniffing,” and it means that some websites can mine Internet browsers to create a detailed profile of its users. By reading a user’s browsing history, these sites can tailor advertising material better. Out of the 50,000 sites they observed, the researchers found that 46 sites were clearly attempting to gather this information through programming codes, while 500 others behaved suspiciously. In the US, some legislators are moving to protect consumers from this form of advertiser-driven snooping by moving for a “Do Not Track” tool. Some of the most recent versions of Google’s Chrome and Apple’s Safari browsers offer protections against tracking already. Microsoft’s Internet Explorer offers a private browsing mode as well.