When given the choice between taking the escalator or the stairs, which way do you go? For me, the choice depends on a few factors. 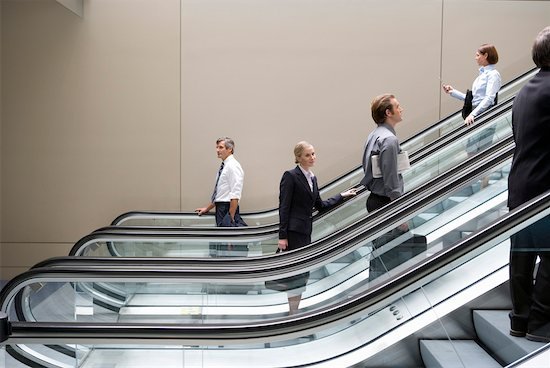 When given the choice between taking the escalator or the stairs, which way do you go? For me, the choice depends on a few factors. When I’m exhausted and/or burdened with bags of groceries, I’ll opt for the escalator. But when I’m hands-free and easy, I’ll take the stairs. If I’m feeling really good, I’ll take them two at a time.

I take the stairs not because I’m thinking of my physical health but because I value my mental health. I don’t like standing behind someone on the escalator waiting to reach the top. It takes too long and I’d rather take the faster option, the stairs.

A recent article in the New York Times draws attention to how some people are wooing adults into choosing the stairs over the escalator, using the lure of fun.

Volkswagen calls this stunt an example of “The Fun Theory,” the idea being that you can get people to do something if they think it’s fun. You can see the stairs in action via YouTube.

The trick appeared to be successful. The video reports that 66 percent more people opted to take the stairs over the escalator.

Would you dance up the musical stairs or would you still take the escalator? It may depend on your definition of fun. The idea of dancing up a set of musical stairs with two bags of heavy groceries in my hands and after a long day at work doesn’t sound all that fun to me. But watching people do it from the escalator sounds entertaining.