Women feel old at 29, while men stay young until 58 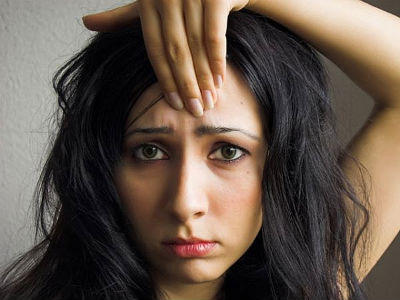 So when are we supposed to start feeling like old ladies? According to a recent study, the magical moment when women stop feeling like nubile temptresses and start to feel over the hill is the tender age of 29. The good news: the study was commissioned by a funeral home, so we don’t need to take it to seriously. According to the survey results, women based their feelings about age around their looks, while men based that perception on their sex drive. Which is why men reportedly start feeling old at 58. Not fair. We’re choosing to ignore this survey and will continue to feel young well into our seventies, grey hairs and unsightly sagging be darned.

All you children of the ‘80s will likely recall the trials, tribulations, and furtive make-out sessions of Sweet Valley High twins Jessica and Elizabeth Wakefield. The blockbuster paperback series created by Francine Pascal in 1983 eventually exploded to include 152 volumes. For those of you who’ve been wondering what the twins and hunky Todd Wilkins have been up to for the past decade, wonder no longer, because Sweet Valley Confidential is currently in stores. The new series picks up ten years later, and is apparently pretty similar to the original, with one sordid additional feature: sex. What would Ned Wakefield say?

Viral video alert! This adorably hilarious video of twin 17-month-old boys talking to each other has been making the rounds in the blogosphere in recent days. Watch as two identical babies carry out what appears to be a complex and animated conversation consisting almost exclusively of the word “Da.” Amazing.

With federal elections just over a month away, the broadcasting consortium that organizes televised debates has announced that Green Party candidate Elizabeth May will not be allowed to participate in the televised debates. Green Party members are outraged, saying May should have the opportunity to represent the one million Canadians who voted for her in the last election. Candidates Michael Ignatieff, Jack Layton and Stephen Harper all said they did not mind her participation. May plans to appeal the decision.

Ever heard of Jeannine Garside? Unless you’re a boxer, the answer is probably no, but its high time we took note of this dynamic Canadian female featherweight. The petite 32-year-old is possibly the best female fighter in the world. In their most recent issue, Maclean’s details her journey from obscurity to world champion.