The kids are shown on a beach walk and roasting marshmallows. 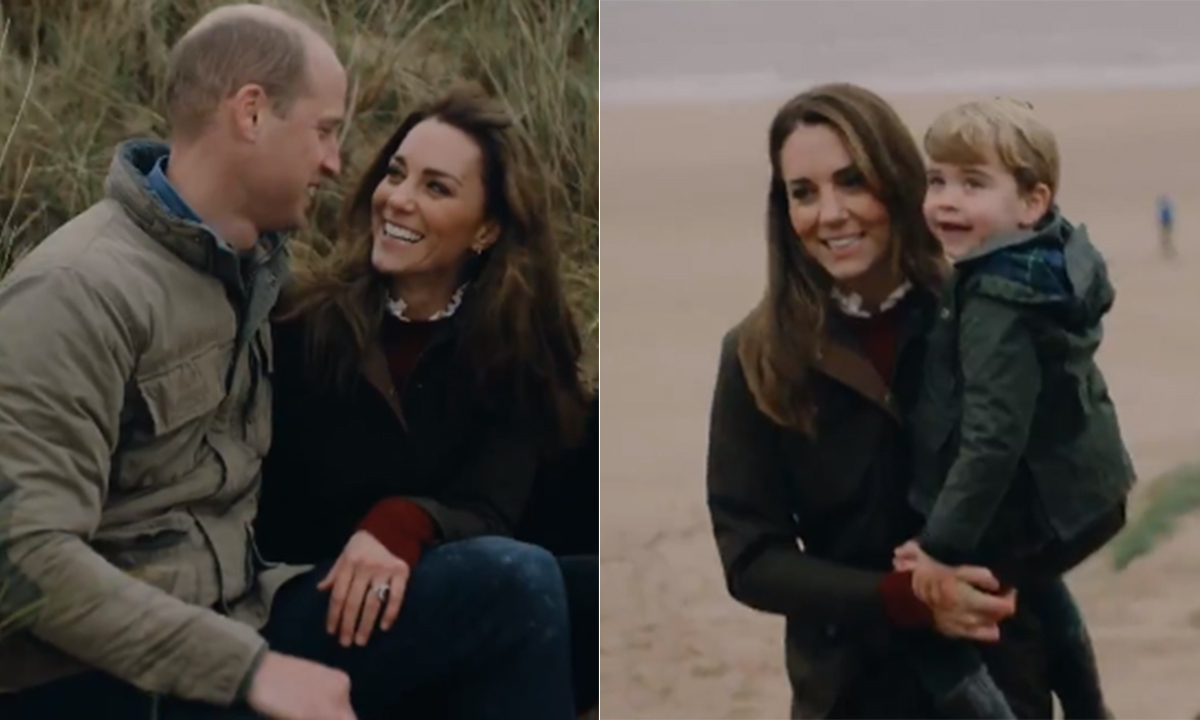 Prince William and Duchess Kate will exchange gifts on April 29 as part of their 10th wedding anniversary, but they’ve also given the public a sweet new home video starring them and their three children.

The footage was captured by Will Warr, and shows the couple and their three children—Prince George, Princess Charlotte and Prince Louis—roasting marshmallows, likely at their country home of Anmer Hall in Norfolk. The kids look like they’re having tons of fun, roaming over a beach and heading up a hill on a nature walk. Another segment shows them playing on the property, with Kate chasing after the children while Louis giggles sweetly on a teeter totter.

The clip also shows the sweet bond between William and Kate, with them sitting comfortably with each other, the duke holding the duchess as their children play around them.

“Thank you to everyone for the kind messages on our wedding anniversary,” the couple wrote in a message accompanying the video. “We are enormously grateful for the 10 years of support we have received in our lives as a family. W & C.”

The video comes just after the release of two gorgeous new portraits of the couple, which they shared to celebrate their milestone anniversary. The shots, taken by Chris Floyd at Kensington Palace, do an excellent job showing William and Kate’s love for each other.

In one photo, he holds her as she laughs and places her head on his chest. Another shows her placing his arms around her side, looking lovingly at her as she smiles off at the camera.

It’s not known how the Cambridges will celebrate their big day, but they’re likely to do so privately at home. On their first anniversary, they spent the weekend in Suffolk to attend the wedding of Kate’s friend Hannah Gillingham, with whom she’s been friends since her school days.

Royals fans likely have much more to look forward to from the Cambridges this weekend, since Charlotte celebrates her sixth birthday on May 2.