Will and Kate address heavy issues on the royal tour

The Duke and Duchess of Cambridge will be the first modern monarchs to confront the challenges facing Canada's First Nations communities. Can their gesture really make a difference? 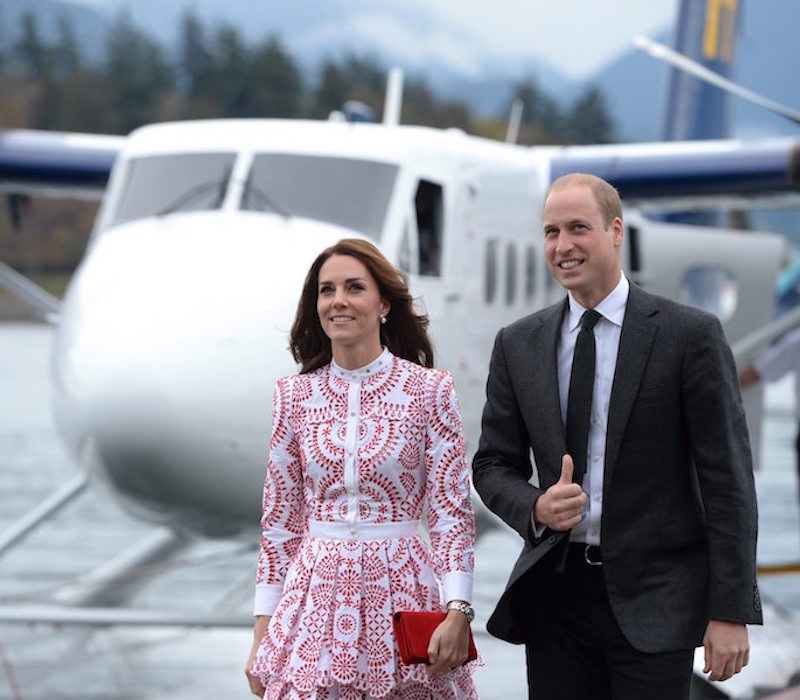 The Duke and Duchess of Cambridge — or Wills and Kate, to the tabloids — arrived in Canada this past weekend for their second trip here as a couple, this time with their children in tow. As preparations are underway for the country’s sesquicentennial in 2017, the royal visit has been masterfully planned with a nod to both history and the future.

The couple will spend the week in British Columbia and Yukon. Like their last visit five years ago, this will be a photo-friendly goodwill tour with crowd-pleasing fancy hats and street hockey, but it’s also a chance for the modern young couple to do what they do best: endeavour to rebrand the 1,000-year-old British monarchy as relevant and socially progressive.

Within the confines of a social visit, their trip to Canada has a more overtly political agenda than is typical, particularly when it comes to Indigenous issues. At various events and meetings, William and Kate will reckon with the history of British colonization in Canada and its troubling legacy.

Kate and William in Canada: photos of the royal visit

Most non-Indigenous Canadians view the Queen of England as a quaint granny whose role as head of state is largely ceremonial. That isn’t the case for many First Nations communities, whose ancestors signed nation-to-nation treaties with those of the queen during colonial times, and who would still like to see those treaties honoured. Assembly of First Nations national chief Perry Bellegarde told the Guardian, “We hold the crown and monarchy in high regard.” But the bond between the crown and First Nations, and the spirit of those treaties, he said, have “been tainted and soured… we’re not sharing the land and resource wealth of this great country.”

The royals’ schedule includes its share of postcard moments, but also stops where they will confront the consequences of Britain and Canada’s broken promises. Yesterday, in Vancouver, the couple visited the Downtown Eastside and met mothers, many Indigenous, working to overcome addictions. In Yukon, they will give children copies of Hide and Peek, an English children’s book that’s been translated into Southern Tutchone. The language is now only spoken by about 200 people and is, like so many Indigenous languages, facing extinction. The book is an effort to pass the language on to young people, so it may survive.

And in Victoria, they will see The Witness Blanket, a massive installation by Kwagiulth artist Carey Newman, that incorporates more than 800 artifacts from residential school survivors. Newman told the Globe and Mail, “I kind of had this thought in my mind about how this family have a direct blood lineage to the original colonizers of Canada and so I love that this message is coming to them.” 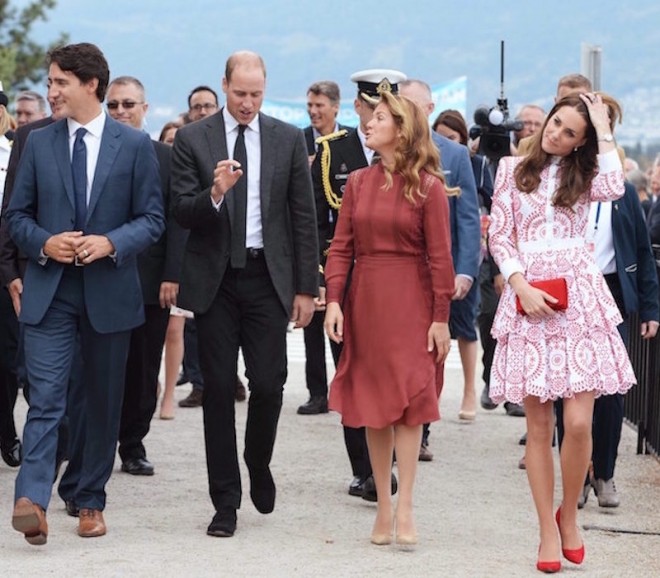 Of course, William and Kate aren’t activists or politicians; on political matters, it’s rare that they offer an opinion that isn’t strictly scripted. But they can use their considerable spotlight to draw attention to urgent issues. In this, they seem less influenced by royal tradition than by the last progressive outsider to join the royal family, Princess Diana, who was most effective when she was outspoken: holding the hands of AIDS patients and advocating for a ban on land mines. She understood the power of her image, and her symbolic gestures led to real social change: less stigma and prejudice towards those with HIV and an actual international treaty banning anti-personnel mines.

This trip to Canada offers the duke and duchess a similar chance to engage in social change, and there isn’t an issue more pressing here than reconciliation. The country is still waiting for the “reset” in relations between Canada and First Nations promised by the prime minister. As representatives of the powers that began all this, the most modern and forward-looking thing the royal couple can do is to acknowledge the crimes of their past.

More:
Kim Kardashian took 1,500 selfies in one day, so I took 1,501
Wait, did Justin Trudeau perform acrobatics at a state event?
35 rain accessories to keep you looking cool — and feeling dry

FILED UNDER: the royals