Will you ever stop fighting with your husband? More importantly, should you?

Will those fights between you and your partner about who should do the dishes and who should take out the recycling ever end? 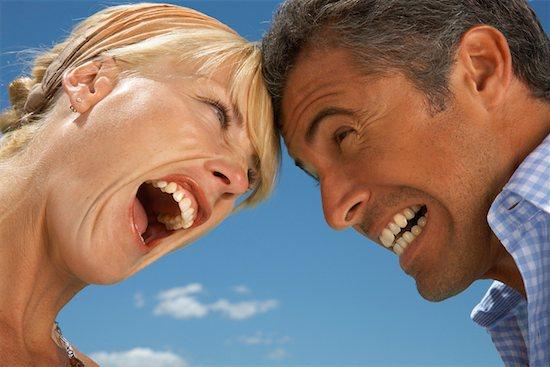 Will those fights between you and your partner about who should do the dishes and who should take out the recycling ever end?

Don’t count on it, says a new study (via jezebel.com) that looked into the changing face of bliss/discord over the lifetime of a marriage. On the bright side, however, fights may not be as bad for marriage as you might think.

Researchers from Ohio State University examined the results of a lengthy survey of more than 2,000 couples to determine how conflict changes over the course of a marriage. The surveys tracked participants’ marital status and feelings over a 20-year period (1980-2000) via telephone survey.

Based on their descriptions of their happiness and the levels of conflict within their marriage, the couples were divided into four sub-groups that ranged from low-conflict and satisfied marriages to happy marriages with moderate conflict, to just plain hostile unions.

Flying in the face of conventional wisdom, the researchers discovered that most couples generally didn’t see an uptick in fighting as their marriages progressed but neither did they experience much of a decrease in arguments either.

The researchers concluded that, generally speaking, married couples tend to fight at fairly consistent levels throughout the course of their relationship—basically, in a relationship you proceed as you begin.

Another interesting finding from the study is the fact that arguing, at least with the couples surveyed, wasn’t the greatest predictor for divorce—unhappiness was. So bicker away, folks, as long as it doesn’t make you miserable it should all work out in the end.

This may come as good news to married couples who bicker a lot, or it may come as bad news, or in keeping with the study’s findings it may just sound like more of the same. But one of the study’s lead authors thinks singletons or those poised to take the leap into marriage should consider the implications of the study.

Said researcher Claire Kamp Dush: “Marital quality has multiple dimensions. The most important takeaway is there is a lot of stability in conflict. If you’re finding it difficult to live with the level of conflict in your relationship before you get married, you probably shouldn’t get married.”