Why your astrological sign may have changed; Cheating in the marital bed: the ultimate betrayal?; why cabbage is a wonderful vegetable; Daniel Craig is back as Bond; American Whole Foods stores carry $2 wines; and scientists debate whether “food addiction” actually exists. 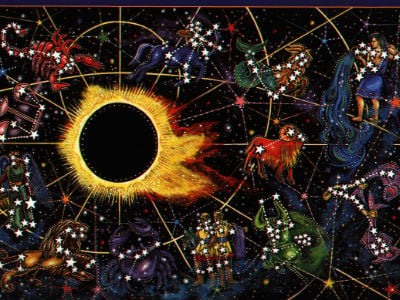 How much of your identity is wrapped up in your astrological sign? If the answer is a lot of it, you may want to sit down for this. An article in yesterday’s Globe and Mail reports that you may not be the sign you think you are. Astrologers at the Minnesota Planetarium Association are reminding followers of astrology that due to a slight wobble in the earth’s rotation, the stars are aligned slightly differently than when the zodiac signs were first conceived. This wobble has created a bump of about one month in the zodiac. To see if you’re still the Gemini you always knew you were, or have suddenly become – gasp! – a Taurus, click here.

Cheating on a spouse has always been a no-no, but is cheating in the marital bed the ultimate betrayal? That’s the question posed in a recent New York Times article, and it’s got media outlets from Jezebel to MSNBC buzzing. The article suggests that while other societal taboos fall by the wayside, cheating in the marital bed is that rare sin we still simply cannot forgive.

Pierce Brosnan fans, plug your ears! Daniel Craig adorers, listen up! The burly Mr. Craig is being given another crack at Mr. Bond. It was recently announced that Craig will reprise his role as Britain’s most notorious spy in the next Bond installment, due out November 2012.

Whole Foods has never been known for its amazing deals, but that may soon change – at least when it comes to wine. Whole Foods USA now carries a selection of wines that cost under $2US for a regular-sized bottle. The new line is likely designed to compete with Charles Shaw’s infamous “Two-buck Chuck,” another discount bottle available at the chain Trader Joe’s. So how’s the wine? While some reviewers are giving it a modest thumbs-up, others are less complimentary, like reviewer Brant Foehl, who claimed, “I’d rather just chew the two dollar bills directly.” The question is, when is this $2 wine craze going to migrate north of the border?

Cabbage: not just for grandmas! Are you a cabbage lover or a cabbage hater? A story in the New York Times highlights why chefs adore this healthy vegetable while customers abhor it. Whichever side of the fence you’re on, your mouth will likely water as you read what these chefs have to say about the sweet and crunchy vegetable.

While drug and alcohol addictions are recognized disorders, most scientists still question the notion of “food addiction.” A recent article in MacLean’s details recent scientific research into the ways our brains react to food, and whether in some cases it might constitute addiction. Recent studies have shown that high-calorie foods engage the same parts of the brain as drugs like heroin or cocaine. As our brain becomes accustomed to high-calorie foods, it needs greater quantities to produce the same stimulation. Though scientists say it’s too early to label this type of eating a “food addiction,” many say it appears that significant and habitual overeating may rewire the brain to desire food even more, and researchers are not yet sure if this rewiring is reversible.