Why women feel the cold more than men

Why you shiver while he sweats; drinking (briefly) boosts self-confidence; The 4-Hour Body requires many lentils; Henry Cavill is the new Superman, and William and Kate may visit Canada this summer. 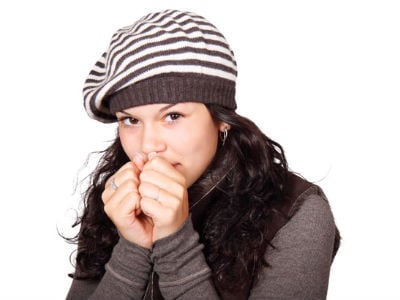 Do you shiver under the covers while your male bedmate kicks off the sheets? A recent feature on the website Slate examines the common perception that women feel cold more than men do. But is it true? Though there have been numerous studies, none are entirely conclusive: one found that women have warmer hearts but colder hands; another concluded that smaller people (as women usually are) tend to lose heat more quickly than big people. Whatever the reason, there’s no denying that some like it hot, and it’s usually us.

If you’ve ever glanced at yourself in the mirror after a few chardonnays and thought, “Hey pretty lady,” you’re not alone. A new Australian study has found that 50 percent of respondents feel more confident and sexy when they’ve been drinking. The same cannot be said of our impressions of other drunk people: only three percent of women said they found drunk men attractive.

How many lentils would you eat if it meant you could have a rock-hard body without killing yourself at the gym? A new dieting book that debuted atop the New York Times best-seller list promises a slimmer, tighter you without major gym time. The 4-Hour Body: An Uncommon Guide To Rapid Fat-Loss, Incredible Sex and Becoming Superhuman stipulates a rigid diet six days a week consisting of protein, veggies, lentils and beans, with nary a carb in sight. On the seventh day, you can eat whatever you want. It’s an extreme and somewhat controversial approach, but one that has legions of followers.

There’s a new superman in town, and he’s gooooood lookin’. Warner Brothers has just announced that sexy Brit Henry Cavill will don the blue tights and red underwear (worn on the outside) in the upcoming reboot of the Superman franchise, scheduled for release in December 2012. You may recognize Cavill’s chiseled visage from the steamy television series The Tudors, in which he played Henry VII’s friend and brother-in-law, Charles Brandon.

We may be getting a royal visit of the newlywed variety, come this summer. The British tabloid The Sun is reporting that Prince William and Kate Middleton are planning a trip to Canada this July, mere months after their wedding in April. The royal family has yet to officially confirm the report, which claims the couple intends to start their two-week visit on the East Coast and finish up in British Columbia.