Why women are getting less naked than before

As a culture we’re used to images of naked women. We’ve seen up starlet’s skirts (even when we wanted to look away), viewed their saucy smartphone pictures, and on occasion, even been privy to the contents of their intimate, home movies. 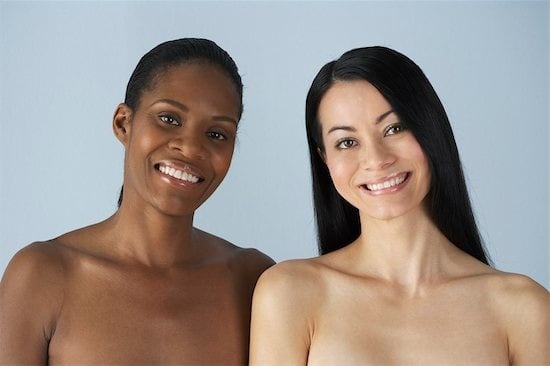 Are women getting less comfortable with being naked in front of other people? A recent essay by the Globe and Mail’s Katrina Onstad puts forth the idea that while celebs may not have any problem stripping down to their birthday suits, an increasing number of women are covering up and even in the most pedestrian circumstances.

Onstad cites a recent study by researchers at the University of Alberta that found many women are so self-conscious about their bodies that they eschew going to the gym because they can’t face the dreaded change room disrobing. Onstad offers her own anecdotal evidence to support this shift — an acquaintance emails and tells her that a popular water spa has seen a reduction in the amount of naked bathers and an increase in the amount of one-piece wearers (I’m still having trouble figuring out why this is a bad thing).

For the record, I’ve been to that spa and when I went for a dunk I wore a one-piece. (I have no problem with nudity; it’s just public nudity that I avoid.) But I happily bobbed in the vicinity of a large-breasted nude woman whose obvious delight in her generous proportions made me wonder why I clung to my 10-year-old Speedo like a life raft…for a second, anyway. Then I forgot about her body and mine and just enjoyed myself in the bubbling water.

Onstad, however, decided to take the plunge (in more ways than one). She leaves her swimsuit in the change room of the water spa and heads for the pool. Once there she finds that she’s in the nudie minority.

The experience appears to be oddly deflating. Onstad writes, “Being a near-solo-nude wasn’t traumatic, but I missed that communal bathing experience found in so many other cultures.”

For Onstad, there’s strength in numbers and no more so than when your boobs are out and your bum is blissfully sarong- and anxiety-free. “In a naked group, sameness emerges among all that physical differentiation: no shame, no scrutiny. The naked part gets forgotten and we are just bodies, hoping to be healed.”

No shame and no scrutiny doesn’t sound like a very realistic expectation for negotiating a gym, “healing waters,” or anywhere for that matter. If you’re going to go naked, I think you should count on someone looking at you and making a judgment — positive or negative. You can decide to take that evaluation personally, or, like the large-breasted lady, you can bob up and down, leaving judgment to the judges and reveling in the joy of a skin-tingling skinny dip.