Why we shouldn't be so quick to praise weight loss

Gabourey Sidibe posted a selfie to show off her T-shirt, but all her followers want to talk about is her slimmed-down body. 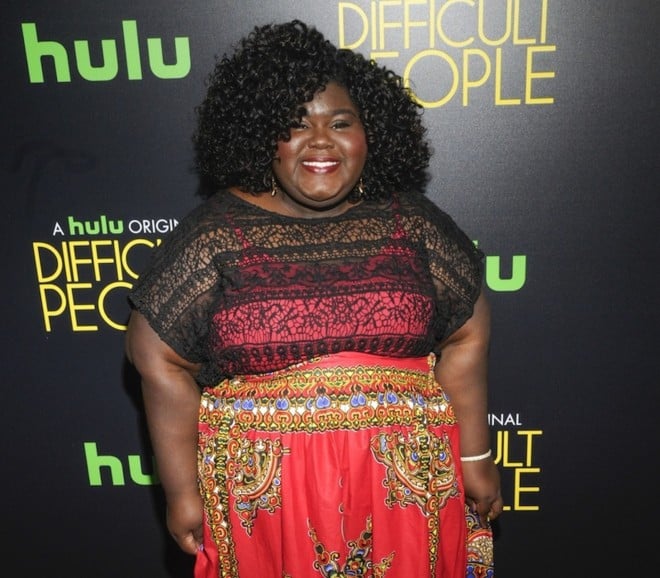 Gabourey Sidibe at the premier of Difficult People in July. Photo, Canadian Press/MediaPunch/REX/Shutterstock.

Gabourey Sidibe is many things. A great actor, for one: Her debut role in the 2009 movie Precious earned her an Oscar nomination. She’s since had roles in several acclaimed TV series: American Horror Story, The Big C, Empire and Difficult People. She’s a feminist and an inspiring public speaker. She’s an author, with a memoir due out next year. And, judging from her Instagram feed and talk show appearances, she’s charming, funny and happy.

Sidibe is also fat, which for many people eclipses everything else about her. Cosmopolitan once rounded up comments made about Sidibe’s body and they’re awful, whether coming from film critics, racist trolls and fat shamers, or exercise freaks fretting about her health.

The obsession with her body took a new turn last week when she posted a couple selfies on Instagram, showing off a new wig, some excellent pink lipstick and a Biggie Smalls T-shirt. She appeared to have lost weight and her followers went nuts over it, congratulating her and swooning over how much they liked her trimmer body. The post was even picked up by some tabloids, which called the weight loss “stunning” and “a transformation” and creepily pointed out specific body parts that looked smaller. 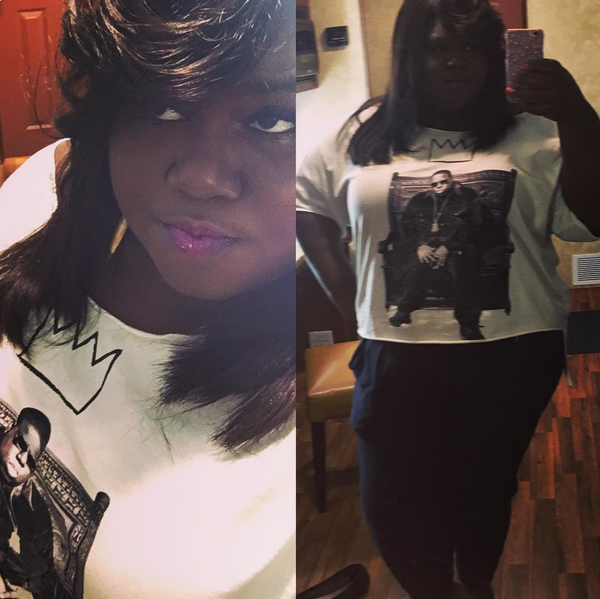 Making this all the more ridiculous is that this “news” about Sidibe’s weight loss came on the heels of a false weight-loss story on a gossip website that accidentally showed a picture of Sidibe as the before shot and Glee star Amber Riley as the after. The caption read, “She made her Hollywood debut in 2009 as Precious, but now 7 years on she is living up to her beautiful name. WOW!” Sidibe’s tweeted response was a perfect deployment of the middle finger emoji.

We have become obsessed with the body transformation story, whether it’s celebrities like Kim Kardashian dropping her post-pregnancy weight or regular people shedding hundreds of pounds on The Biggest Loser. Slimness is equated with virtue and success, and large bodies are seen as unruly, ugly and in need of being whipped into shape. That’s why weight loss is inevitably praised, why it’s invariably described as “impressive” and why you never hear someone say, “She gained 10 pounds and looks amazing!” In our fat-hating culture, smaller is always better.

There are people for whom weight loss is an accomplishment and who have deliberately made a choice to change their diet and increase their exercise in order to become thinner or more toned. If that makes them feel healthier, or gives them more energy, or improves their self-esteem, that’s wonderful. A lot of us want to feel good about our bodies and look our best. The question is, why it is assumed that only thin people should feel good about their bodies and that “best” means sample sized?

As research is increasingly proving, our shape and weight are not simply matters of what we eat and how we work out, but are, instead, determined by many factors out of our control, like genetics and our environment. As the New York Times reported, the big secret of The Biggest Loser is that almost every single one of the contestants gained back some or all of the weight after the show ended and they were thrust back into their regular lives and were no longer working out for hours each day and subsisting on meagre calories.

Related: Lindy West on how to be a vibrant, happy fat woman

There may be good intentions driving many of the well-wishers on Gabourey Sidibe’s Instagram feed, people who want to encourage what they believe is a positive change in her life. But heaping so much praise on weight loss also sends the message that Sidibe wasn’t attractive in the first place, and that she wasn’t good enough just as she was.

Responding to someone’s weight loss is an individual, and often sensitive, thing. Some people are thrilled when the change in their body’s shape is noticed, others not so much. Weight loss isn’t necessarily intentional or positive; it could be the result of illness or depression. There’s something radical in not saying anything at all: As women, we’ve come to expect that our bodies exist to be endlessly judged and measured and commented upon — sometimes it’s worth giving even positive body scrutiny a rest or simply telling someone they look great, regardless of weight.

For what it’s worth, Sidibe hasn’t talked about her weight loss in public. Perhaps she feels it’s not anyone’s business but her own. Given that she’s posed in lingerie and hilariously shot down critics of her red carpet style, she seems to be pretty comfortable in her own skin. Replying to the congratulations, she tweeted, “Um… That Instagram photo was mostly about showing off my Biggie Smalls T-shirt and laid wig but…ya know… That’s cool too.” Since then, she’s dropped the subject and is back to posting about her wonderful friends, her fulfilling work, and the rest of her fabulous life.

Gabourey Sidibe doesn’t seem to think her weight loss is that interesting, so why do we?

More:
I drank a ton of water for a month to see if I’d turn into a supermodel
Mindfulness is trendy but that doesn’t mean it’s easy
The toxic effects of workplace stress