Why watching reruns is good for your mental health

For every woman who has marveled at the innate capacity for repetition exhibited by small children, toy dogs and adult males, the news is nothing short of stunning. 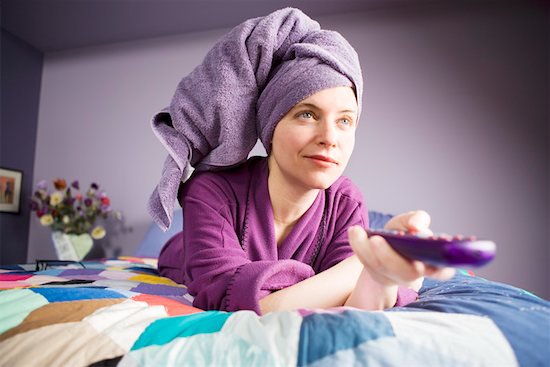 For every woman who has marveled at the innate capacity for repetition exhibited by small children, toy dogs and adult males, the news is nothing short of stunning. According to an article in The Vancouver Sun, it seems that familiarity breeds content — that is if a recent study involving 300 people and two experiments conducted at the University at Buffalo Research Institute on Addiction is to be believed.

Turns out that watching the same episode of SG-1 repeatedly is not only annoying to every woman within a 10-mile radius but may actually be good for you. When people are experiencing a slump in mood, frame of mind or circumstance, they crave the reassurance of the familiar, says research scientist Jaye L. Derrick.

A few hours spent in a recliner reliving alien conquests with your favourite TV friends can be both emotionally revitalizing and, from a practical standpoint, can even make people more adept at task management, her study suggests. Having close friends and family is an asset, but Don Draper is never going to ask you to drive him to the airport nor is he going to add to your woes by expecting you to do something about his. Fictional friends can provide social engagement of the remote kind — which is sometimes just what the over-stressed among us need.

Study participants were divided and asked either to catalogue random elements in a room or write about a recent rerun they’d watched — the latter group subsequently gave a significantly better performance on a test demanding concentration.

Derrick also asked participants to keep a diary that outlined their viewing habits in relation to episodes of stress. Respondents showed an inclination to watch reruns and were rewarded by an overall improvement in emotional well-being. Watching a rerun is less demanding and not as challenging as watching something new — you have the benefit of knowing exactly what the other guy is going to do and for people feeling temporarily depleted that’s a comforting combination, apparently.

Do you often watch the same things over and over?