Why this former American raised money for Canadian athletes 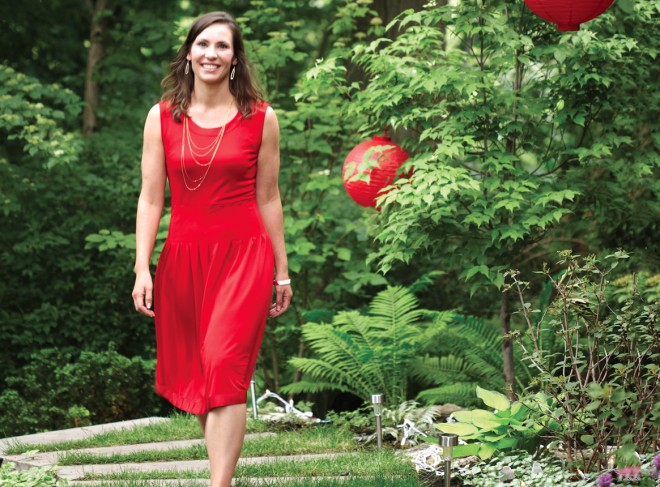 The moment Sidney Crosby scored the winning goal in the final seconds of overtime at the Vancouver Winter Olympics — clinching Canada’s gold medal — was the moment Alexa Murphy realized she had officially become Canadian. As she cheered in the stadium alongside her husband, Doug, the Los Angeles native was swept away by national pride for the country she lived in but wasn’t yet a citizen of.

“I felt a real love for Canada, seeing Crosby score. I’d been here for seven years, but it wasn’t until that moment that I truly felt Canadian,” says the sporty 36-year-old mother of two. “Growing up, I never thought about Canada. My family spent many summers piled into our camper driving across British Columbia or Alberta, but the Canada I knew then was mostly coloured by the movie Strange Brew.”

Alexa moved to Toronto in May 2003, when her husband accepted a job as head of Corus Entertainment. She decided to give Canada a try for at least five years. The newly engaged couple, who had met three years earlier at her hometown fair in Manhattan Beach, California, were soon married, and a couple of years later Alexa gave birth to the first of two daughters. Becoming a citizen was always on her mind, and in 2010, after the Olympics, she finally sent in her application.

To celebrate becoming a Canadian, Alexa wanted to honour the games that first inspired her love of her new country. “It was a great opportunity to throw a party, except in lieu of gifts I thought guests could donate to the Canadian Athletes Now Fund [the CAN Fund], which helps Olympic hopefuls become world-class champions,” says Alexa. “There isn’t much federal funding for athletes in Canada, which means they end up working part-time jobs on top of their intense training schedules. I wanted to see the playing field levelled, to make sure Canadian athletes had the chance to really go for gold.”

So Alexa set about commemorating her citizenship and supporting the CAN Fund with an I-am-Canadian-themed party last June just before Canada Day. In a bright red dress by Canadian designer Pink Tartan and matching flip-flops, she felt every inch a Canuck. Her backyard sparkled with twinkling lights, and was filled with red-and-white lanterns, Maple Leaf flags and a large Molson keg. Friends and neighbours were invited to tuck into Canadian favourites: grilled cheese, lobster rolls (Doug has relatives in Nova Scotia) and crantini cocktails.

Guests embraced the red-and-white theme. Some even took it a step further and arrived dripping in Canadiana cool, flannels, hockey jerseys and mukluks. One of Alexa’s closest friends appeared in a mullet wig with a six-pack. “Everyone was in the festive spirit. I gave a speech to express my gratitude. And then we hit the dance floor.”

Alexa’s bash raised $5,000. “I felt so proud,” she says. “Olympic athletes sacrifice so much to represent their country. There was no better way to celebrate their love and my love of Canada than to help support their journeys to London 2012.”

This summer Alexa will root for Canada. And surprisingly, she’s already looking forward to another winter. “I love that I’ll teach my daughters how to skate and ski—things I wasn’t raised with,” she says.

Today Alexa feels more Canadian than American, and she wouldn’t have it any other way. “Canada works for the greater good. It’s about people chipping in to be a country, and I appreciate the subtle yet strong pride of place. It’s a beautiful mosaic. The friends I’ve made are from diverse backgrounds and speak volumes as to how this country respects and fosters the identity of all its citizens — even new ones, like me.”