Why the Liberals need to get the MMIW inquiry right

The Liberals are launching a long overdue inquiry into Canada's missing and murdered indigenous women. It may be the most important thing they do. 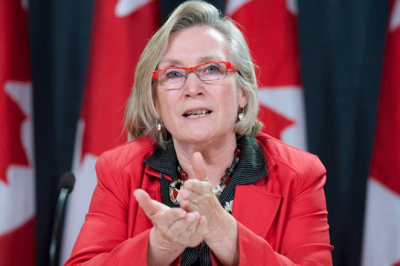 Carolyn Bennett, a Liberal MP from Toronto, is the new Minister of Indigenous and Northern Affairs. Photo, Adrian Wyld/Canadian Press.

Last Sunday morning, 23-year-old Krystal Andrews called her fiancé to tell him she was on her way home from a friend’s house. But the mother of two young children never made it. After Andrews was reported missing, her body was found on Monday in a remote spot in God’s Lake First Nation in northern Manitoba. It echoed a similar death in the same community, just two years earlier, when 15-year-old Leah Anderson went missing after leaving her aunt’s house to go ice skating with friends. Two days later, her beaten body was found near a snowmobile trail.

The unsolved deaths of these two women, added to the many thousand acts of violence committed against indigenous women, underscore the urgency of a comprehensive inquiry into murdered and missing aboriginal women. Carolyn Bennett, the newly appointed Minister of Indigenous and Northern Affairs, told Canadian Press on Tuesday that in the next couple weeks she will begin consulting Canadians—including the families of victims—to figure out how the inquiry will function. She is careful about discussing specifics and timelines: “I think that people know that I don’t have a magic wand that this is going to take some time to get this right,” she told CP.

To be fair, this sounds less like a politician hedging than a politician who understands how very, very critical this process will be. The inquiry may, in fact, be the most important undertaking of the new Liberal government. If the inquiry is to matter, then it has to have teeth and it has to address complex, longstanding social and historical contributors to this violence, like the legacy of residential schools; inequities in access to education, jobs and healthcare; the loss of cultural practices and languages; the failings of child-welfare agencies; food insecurity; the crisis of addictions and mental illnesses; and the scarcity of infrastructure and decent transportation on reserves and remote communities.

What’s required is nothing less than a radical reset of the relationship between the federal government and aboriginal people, or, as Bennett puts it, “a new way of doing business.” And at the moment, in a new government’s honeymoon glow, there’s goodwill, but also good reasons to be skeptical about how the justice system views and treats indigenous women—and how readily this can be made right.

Last month, eight officers from the provincial police force Sûreté du Québec were suspended following 14 allegations of abuse by aboriginal women. That includes one woman who says officers took her to an isolated spot and asked her to perform oral sex, and another who says an officer broke her cellphone and threw her footwear into the snow before leaving her stranded a kilometre from her house.

There have also been criticisms about how the last inquiry into violence against aboriginal women was handled. Many considered the 2010 commission that examined the police investigation of B.C. serial killer Robert Pickton to be flawed. Some indigenous groups were shut out of the process, despite the fact that the majority of Pickton’s victims were Native women. And the commission’s narrow focus on Pickton ignored the disappearance of 40 women, most of them aboriginal, along Highway 16 in northern BC—a road so notorious for violence that it’s been dubbed the “Highway of Tears.”

What can make the difference this time around, though, is leverage. One of the biggest stories of the recent election was the rallying of the indigenous vote; in some communities, turnout was up by as much as 270 percent. Those voters played a significant role in the Liberals’ success and it would be unjust and unwise to take them for granted. The appointment of Jody Wilson-Raybould—a Kwakwaka’wakw woman, a former regional chief for the Assembly of First Nations and a former crown prosecutor—as justice minister also suggests changes to come in the attitudes and actions of the federal justice system.

Given this, maybe there’s cause for cautious optimism. The exquisitely orchestrated swearing-in ceremony last week had plenty of moving moments, but the standout was the performance of Cailyn Degrandpre and Samantha Metcalfe, two giggly 11-year-old Inuit throat singers from Ottawa, who breathed joy into every stuffy corner of Rideau Hall. Their idol, the globally renowned, Polaris Prize–winning throat singer Tanya Tagaq, told them afterwards how much it had meant to see the tradition being celebrated by a government that once had banned it and tried to wipe it out. “I’m very cynical,” Tagaq said, “but hope wiggled in there anyway, and those girls did it for me.”

Related:
‘I was 19 the night I was kidnapped and raped’
Michèle Audette: “We don’t want our sons to become the perpetrators”
Ashley Callingbull is all kinds of amazing