Why Sam Bee thinks you shouldn't lie about your age

Who's counting and who cares? The Daily Show correspondent and comedienne shares her thoughts on why fibbing about your age is getting old. 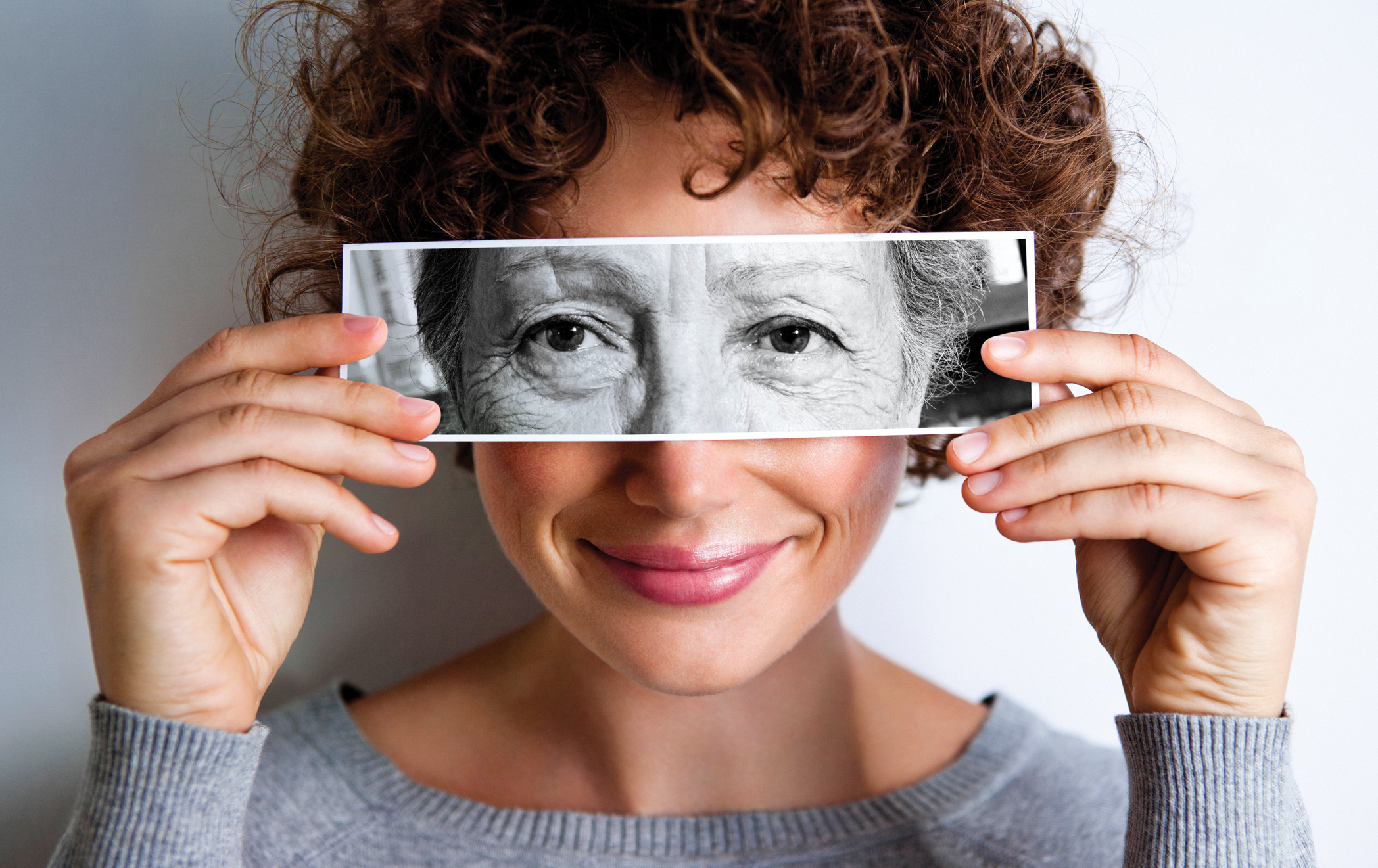 There are a lot of things I’m willing to fudge when it comes to my appearance. I’ll shimmy into multiple body-shaping undergarments at the same time—you heard me, multiple—if I think there’s a sliver of a chance that you’re going to try to take a photo for posterity. I’ll wear a push-up bra, oh yes I will, and let anyone who’s looking think that if they’re not careful, the girls could at any moment leap upward and out of the bra, perhaps taking an eye out along the way with an errant nipple or two. They’re Just. That. Pert. I’ll even painstakingly highlight my hair, without regret, until the day I die; it is my firm belief that if there’s one thing Mother Nature got wrong, it’s the natural colour of my hair (rat fur), and let that be the end of the discussion.

But there’s one thing I’ll never do, and that’s lie about my age—at the time I wrote this article, 43. Who’s counting, and anyway who cares?

Can someone explain this one to me? And in case you are wondering, yes, this is still a thing, and for more people than you might think. Surprising people. People who would seem to have better things to do with their time than perpetuate some difficult and treacherous fantasy in which they remain forever ageless. Or forever 35. How did it come into being that some women’s ages were like some kind of national secret to be guarded at all costs? Can we get over this one, please? Can we let this one fall by the wayside? Maybe we need to let it get run over by the wagon wheels a few times so that we’re sure it won’t come back from the dead.

I, for instance, had no idea what age my grandmother was until she died, and it fell to my mother and me to sort through her things. When we first looked at her driver’s licence, we did so tenderly and with reverence: The mystery of my grandmother’s age was one of the most important illusions of her life. This, though, I can chalk up to a generational thing; it’s the women of my age group who lie who are freaking me out. What are we hiding from?

Here’s what I know: All children under 12 think anyone over 20 is a senior citizen. If you tell a teenager that you’re over 30, they’ll sneer at you in disgust and ask you what life was like growing up during the Depression, which they might have heard about once. And Hollywood basically thinks that if you are any age over 40, you are the centenarian from the movie Titanic who throws the Heart of the Ocean into the sea. My point is nobody can win at this game. And so I say, let’s stop playing it altogether. Yes, I understand that ageism exists, but it’s only going to continue existing if we ourselves continue to feed this beast. Let’s own it. Can we for once and for all stop worshipping at the altar of youth? Please? Pretty please? For heaven’s sake, don’t the adults spend all the money anyway? Don’t we get to own a piece of the glory for a change?

I can’t remember exactly when people started guessing my age correctly, but it just sort of happened one day. I had always looked young for my age, and then, poof, it was over. My face caught up to my age and never looked back. If I told you I was even 40 today, you’d never believe me, and if you took a wild stab at it, you might even go all the way up to 47. 48? Jeez—okay, really? 50?

Because the truth is that if you tell people you are younger than you are, nobody really believes you anyway. All the smoke and mirrors and fillers and stitches in the world aren’t enough to wipe all that experience from your eyes—so why bother trying? Especially in your online-dating profile. (Oh, no. Oh, my, no. Do NOT do that.)

I repeat, I’m not saying we should let ourselves fall apart or anything. (See above reference to me squirming into multiple pairs of Spanx —multiple. I cannot stress this enough. I haven’t breathed properly at a fancy dinner party in five years.) I’m simply saying that the matter of actual chronological age, in my personal opinion, is a secret not worth keeping. Asked and answered. Be done with it.

And if after all is said and done, you just can’t handle your own truth, try this instead: When people ask you your age, look them straight in the eye, add 15 years to your actual age, and let the compliments roll in.