Frustrating. Annoying. Unfair. That’s how most women feel about the fact that men appear to have the magical ability to shed weight rapidly and with seemingly less effort. 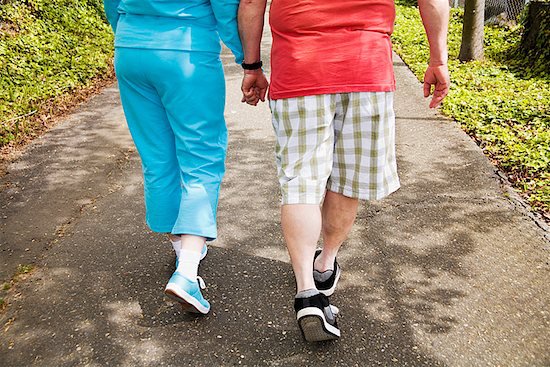 Frustrating. Annoying. Unfair. That’s how most women feel about the fact that men appear to have the magical ability to shed weight more rapidly and with seemingly less effort than women. It seems like the most men have to do to get back into their college-era jeans is cut beer out of their diet for a month and play a game or two of pick-up with the guys on Sunday afternoon.

Not so for the ladies who, to achieve similar results, are taking spin classes three times a week, eating hamburgers sans the tantalizing pretzel-bun, and living in abject terror of someone accidentally putting their jeans in the dryer (shrinkage, indeed).

What do men have that most women don’t when it comes to dumping excess weight faster? According to a post by The Biggest Loser trainer Bob Harper (via Time.com), it’s down to a combination of more muscle mass, which in turn leads to a a faster metabolism.

Writes Harper, “Even when obese, men tend to have more muscle mass than women. Women carry approximately 10 percent more of their body weight in fat. Furthermore, several studies have shown that a man’s metabolism is anywhere from 3 percent to 10 percent higher than a woman’s of the same weight and age. That brings us to a physiological truth: the more muscle you have, the higher your metabolism will be and the more calories you will burn, even when resting.”

So how can women fight the “physiological truth,” as Harper puts it? (Warning: You’re not going to like the answer to this one, gals.)

To shed weight and trade fat for muscle women may simply have to work harder and differently in the gym. They may have to bite the bullet and choose anaerobic activities such as weightlifting that build muscle and therefore fire the metabolism rather than always take the cardio route.

The good news: you now have a valid excuse to ditch spin class ladies!