Why January is a great shopping month

Why January is the time for deals; Christmas 2010 may be the biggest shopping year on record; Elton John’s new son Zachary; Julian Assange is ticking off the ladies again; and the Canadian loonie hits parity with the U.S. dollar. 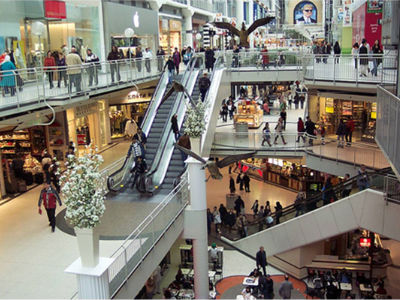 While most of us are making a post-holiday effort to curb spending, it turns out that some of the best deals can actually be found during the month of January. Did you know that bedding, boats, and video games are all generally cheaper during the first month of the year? Find out what else gets discounted this month here.

And speaking of spending, it turns out that despite tough economic times, Christmas 2010 may have been the biggest shopping year on record. Though the final numbers aren’t in yet, we’re very close to beating the sales records from 2007, the most spendy year in history. Clothing sales rose 11.2 percent, and jewelry also made double-digit gains compared to last year.

Congratulations to Sir Elton John, who has a new baby boy! The 62-year-old pop legend announced on Monday that he and husband David Furnish recently brought home their new son. The boy was born on Christmas day via a surrogate mother. The happy couple said in a joint statement that “Zachary is healthy and doing well” and that they are “overwhelmed with happiness and joy at this very special moment.”

When Wikileaks founder Julian Assange talks, people listen. And when he says things like “Sweden is the Saudi Arabia of feminism,” and “I fell into a hornets’ nest of revolutionary feminism,” people get offended. Assange became a household name last month when he began releasing thousands of classified government documents to the public. He’s also been accused of sexual assault by two Swedish women, and while the details of the case have yet to be proven one way or another, Assange’s recent outlandish comments about Swedish feminism have more than miffed more than a few very vocal women.

It may be time for a little shopping trip south of the border. For the first time since early November, the Canadian loonie hit parity with the U.S. dollar. Experts speculate the American currency is under-performing due to a perceived weakness in the U.S. housing market. We all know what dollar parity means means: road trip!