Why I told the truth about my sister's suicide

My sister wrote: “Don’t feel sad, I’m not worth it.” She was so wrong. Depression lies. I have to tell the truth. 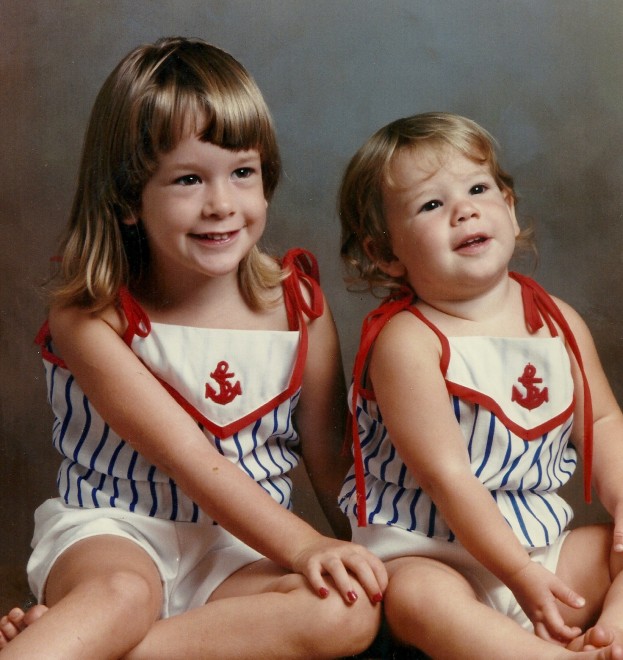 The most alone I have ever felt was standing on my front porch on a chilly February evening. My sister had taped a note to the front door that said “Eleni, if you’re the first one here don’t go in the basement. Just call 911. I don’t want you to see me like this. I love you! Love, Aletha.”

She put an identical sign on the back door. Even in the midst of consuming depression, Aletha tried to protect me from the full horror of her suicide.

I stood on the porch shivering from cold and sheer terror. I didn’t just feel alone. I felt like I was in a vacuum in the middle of space with everything I knew being pulled away from me. The universe was suddenly a very vast place and I was very, very, very alone.

After what seemed like an eternity, the police officers told me plainly, “Aletha is dead.” What followed that stark statement was a sudden moment of lucidity in which only one thing mattered: the truth.

I had to be honest. I had to tell the truth.

By the time I sat down to write my sister’s obituary I knew that the opening line could only be one thing: “Aletha Meyer Pinnow, 31, of Duluth (formerly of Oswego and Chicago, IL) died from depression and suicide on February 20, 2016.”

I went on to share with everyone — friends, family, students, and work colleagues — the cause of my sister’s death: depression and suicide. I told them that my hilarious, kind, generous, helpful, silly and loving sister couldn’t see any of that in herself and it killed her. I told them that her depression created an impenetrable fortress that blocked the light, preventing the love of her friends, her family, and any sense of comfort and confidence from reaching her.

My loneliness and terror on the front porch was nothing compared to the absolute isolation that depression had imposed on my sister. I had to tell the truth.

Depression lied to my sister, told her that she was worthless. A burden. Unlovable. Undeserving of life. I imagine these lies were like a kind of permanent white noise in her life — a running narration of how unworthy she was. After years of the lies and the torment, my sister believed that depression told her the truth. In the notes she left for my parents and me, Aletha wrote, “don’t feel sad, I’m not worth it.”

She was so wrong. Depression lies. I have to tell the truth.
Here is the truth: My sister was amazing. She exuded life and made my life millions of times better just by existing. Any time I needed help, any time I was struggling, any time depression and anxiety overwhelmed me, Aletha was there. Any time I had a good day, I needed to share it with her. She was my anchor. Aletha and I had a relationship and a closeness that I will never have again.

Related: Jan Wong talks about her unexpected battle with depression

Depression stole decades of our lives together. Depression lies. I have to tell the truth.

The lies of depression can exist only in isolation. Brought out into the open, lies are revealed for what they are.

Here is the truth: You have value. You have worth. You are loved. Trust the voices of those who love you. Trust the enormous chorus of voices that say only one thing: You matter. Depression lies. We must tell the truth.

There is a thick black line that separates the before and the after of my life: I’m still new to the after territory. It feels uncertain, disorienting — like walking through a carnival funhouse where the floor is uneven, rotating, slanted, curved.

I know only two things for sure: Depression lies. I will tell the truth. Join me.

Eleni Pinnow has set up a scholarship fund in her sister’s name.

This piece is part of a new series exploring real-life choices women make — big or small, good or bad — and how they impact their lives. It was originally published by the Washington Post. To contribute your own piece for the series, please see our submission guidelines here.

More:
Exclusive: Lucy DeCoutere on the Ghomeshi disaster
Witness 1: What I wish I had known before testifying in the Ghomeshi trial
Could skipping meals really have health benefits?