Who would you rather watch: Snooki or Oprah?

What are women watching on TV? A lot of alternative programming (read: soulless smut) most network executives never thought we would. Oh, how little they know about women… 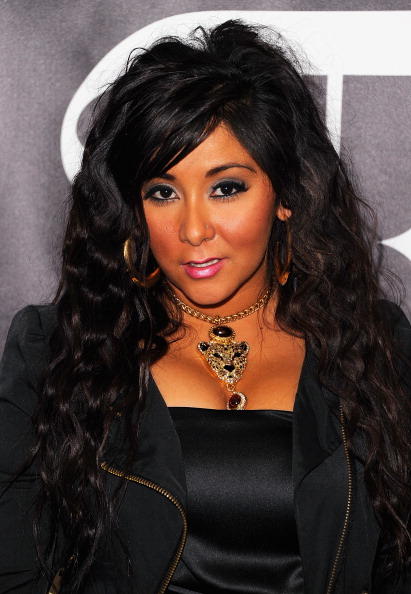 What are women watching on TV? A lot of alternative programming (read: soulless smut) most network executives never thought we would. Oh, how little they know about women…

I have about five or six shows on my must-PVR list during any given week. They range from The American Experience on PBS, to the equally stimulating Survivor and the hard-hitting docu-series, The Real Housewives of Beverly Hills.

I love a good PBS doc or UK import as much as the next spinster, but I also love to watch Camille Grammer “dance” on TV. It seems I’m not alone in my eclectic (borderline schizophrenic) TV preferences. More and more women in the much sought after 18-49 demographic are choosing to devote their attention to what many consider non-traditional women’s programming.

The New York Post reports that female viewers are showing a decided preference for the likes of Jersey Shore‘s Snooki, JWoww, and Bravo’s many “Real Housewives” over Martha and Oprah. Moreover, we’re more into reality shows—Pawn Stars and crime series such as Who the Bleep Did I Marry?—than that Lifetime movie-of-the-week, starring Eddie Cibrian and Leann Rimes.

Oh, how I wish I could sneer at this trend. But that would mean I’d have to stop watching Real Housewives of New York, and that’s just not an option I’m willing to consider. Like millions of other women my eyes positively glowed when I saw the promos for ID channel’s Who the Bleep Did I Marry? I’ll still catch Oprah when I can, but I’m marking my calendar so as not to miss Bleep.

Why are so many women seemingly trading down when it comes to entertainment? What does Snooki have on Oprah? It may have something to do with overall advice and self-improvement fatigue. A lot of traditional women’s programming is goal-oriented: Be thinner! Happier! More efficiently hysterical! And after a while, it gets tiresome, not to mention boring. There’s only so much decoupage advice a gal can take from Martha before she just wants to get buckwild: to tease her hair into a pompadour and hit the Jersey Shore looking for a compliant juicehead (metaphorically speaking, of course).

What Snooki has over Oprah is problems—big ones. And when you’ve spent most of the day trying to be thinner, happier and more efficiently hysterical, the Jersey Shore star’s utter lack of self-consciousness feels like a welcome release. Female viewers love to watch women behaving badly because it’s just plain fun.