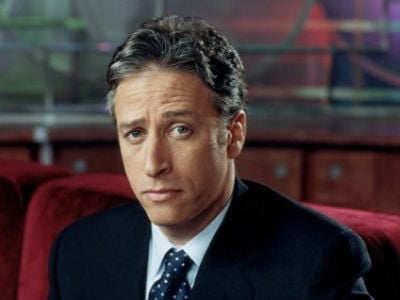 The new year starts tomorrow, but we wouldn’t have made it through the last one without the 20 people named to Daily Beast’s smartest people of 2010 list. Those who made the cut range from infamous to obscure, from computer programmers to comedians. Take a gander at the list and see if you agree with the selections (we think Kanye West may have been a dubious inclusion).

Fifty-four appointments were made yesterday to the prestigious Order of Canada, and there were some pretty fantastic females among the bunch. One notable woman to be promoted from member to officer was CBC radio host Shelagh Rogers. The Vancouver-based host of The Next Chapter was singled out for her ambitious volunteer work, including raising funds for cancer research. Other new female members and officers include Judge René Dussault, who presided over the Royal Commission on Aboriginal Peoples, Montreal writer Nicole Broussard, and Halifax director and playwright Mary Vingoe.

The internet has a new master, and it’s none too surprising that it goes by the name of Facebook. According to the online company Hitwise, Facebook accounts for 9 percent of all website visits this year – more than even Google, which sits at 7 percent. Though the official numbers aren’t in yet for Canada, it’s likely Facebook will be number one here as well: Canucks are known to visit the social networking site even more frequently than Americans do.

Anorexic model Isabelle Caro has died at the age of 28. The French model drew international attention in 2007 when she starred in an Italian shock ad campaign featuring her emaciated naked body and the words “No Anorexia.” She reportedly weighed 65 pounds at the time. While her agent claimed the images were meant to bring attention to the devastating disorder, some groups reported the ads were being appropriated by pro-anorexia websites to glamourize the disease. Caro was open about her eating disorder, and often found herself at the centre of debates over the prevalence of anorexia in the fashion industry. Her cause of death has not been reported, but her acting instructor said she had “been sick for a long time,” referring to her anorexia.

The Big Apple’s mayoral office has been taking some serious heat for their handling of the blizzard that dropped 50 centimetres of snow on New York City earlier this week. Much of the criticism revolves around the unusually slow response to emergency calls. Mayor Bloomberg passed at least part of the blame on to New Yorkers themselves, many of whom he says called 911 when it was not actually an emergency. The city fielded 49,478 emergency calls on Monday, and many callers waited hours for an ambulance to arrive. One woman called 911 several times to report she was in labor. Her baby was delivered unconscious and later pronounced dead.