Scientists warn about the new way to get HPV; a baby named Facebook; The Great Gatsby says ‘g’day’; why you’ll learn to like smaller fish; and a few reasons to look forward to your midlife crisis. 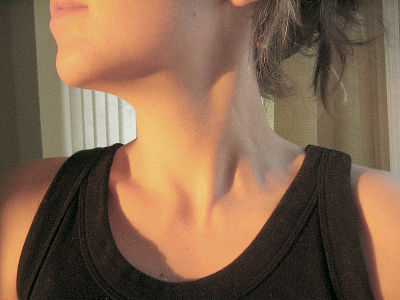 Scientists in the UK are warning that a virus spread through oral sex is now the main cause of throat cancer in those under 50. The Human Papilloma Virus (HPV) is best known as the sexually transmitted virus that causes cervical cancer, but now doctors are warning that it can also cause throat cancer, and is being spread through unprotected oral sex. Scientists are hoping this information will encourage the public to vaccinate boys as well as girls against the deadly cancer-causing virus.

Many Egyptians are professing their gratitude to the social networking site Facebook for helping to light the fire that led to the overthrow of the country’s government. Now, Egyptian newspaper Al-Ahram is reporting that one young Egyptian is commemorating the site by naming his first-born daughter Facebook. We wonder what Mark Zuckerberg would think.

The great American novel is about to become the great American film, but for some reason, it’s being filmed in Australia. The Great Gatsby is set to become a film starring Leonardo DiCaprio, and in 3D no less. Aussie director Baz Luhrmann has decided to shoot it in Sydney, likely to the surprise and horror of F. Scott Fitzgerald fans everywhere. Sorry New York, but the Land Down Under’s got you on this one.

We hope you like sardines. Biologists at the University of British Columbia are reporting that while the populations of many of the oceans’ large fish are declining, smaller fish are thriving like never before. Researchers say this is because large predatory fish are being over-harvested, leaving smaller fish with fewer natural predators. To restore balance, scientists say consumers will need to develop a taste for smaller fish like sablefish, albacore tuna, mackerel or sardines. Yum.

While the image of a man in the midst of a midlife crisis, with his fancy sports car and nubile girlfriend, is near ubiquitous in popular culture, it turns out that hitting our midlife years may be less breakdown inducing than we might think. Psychologists agree that while our youthful years are volatile ones spent figuring out who we are and what we want from life, once we hit middle age, most of us have settled into our long-term personalities and lifestyles; we know who we are. It’s the time when we are “no longer driven, but now the drivers.” Hm. Put that way, it actually sounds like something to look forward to.