Which diet is the best for keeping weight off?

There are plenty of diets that, should you choose to stick to them, will help you shed excess weight, and sometimes in short order. But fad diets or diets that restrict calories or certain food groups, while often effective in the short term, aren’t always the best method for keeping weight off in the long term. 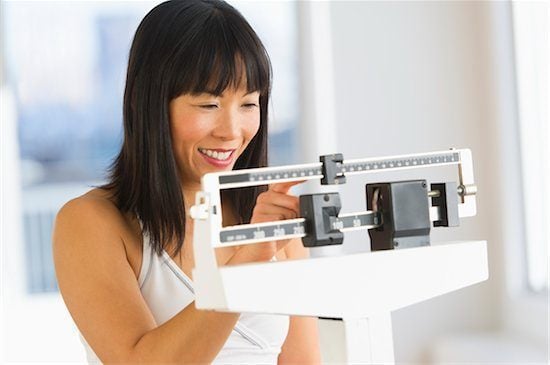 There are plenty of diets that, should you choose to stick to them, will help you shed excess weight quickly. But fad diets, or diets that restrict calories or certain food groups, while often effective in the short term, aren’t always the best method for keeping weight off in the long term. Moreover, many of these diets have unintended health effects, such as raising stress hormone levels or spiking blood sugar.

So, what diet is best if you want to lose weight and keep it off?

In a recent column for The New York Times, writer Mark Bittman tries to answer that question, and in so doing, he reveals that the old idea that ‘a calorie is a calorie’ isn’t exactly true. In fact, argues Bittman, the body doesn’t deal with highly processed carbohydrates in the same way that it does whole foods. Consequently, there’s a smarter way to eat.

Writes Bittman: “There’s an increasing body of evidence, however, that calories from highly processed carbohydrates like white flour (and of course sugar) provide calories that the body treats differently, spiking both blood sugar and insulin and causing us to retain fat instead of burning it off.”

To avoid this chemical reaction in the body, it’s wise to eat a diet that’s low in carbohydrates that spike blood sugar. This kind of diet is called a low glycemic diet. Low glycemic diets are comprised of grains that have been minimally processed, “fruits, non-starchy vegetables, legumes and nuts — along with fat and protein,” he explains.

This kind of diet also helps people keep weight off for longer, or so suggests a recent study published in the Journal of the American Medical Association, says Bittman. The researchers put three types of diets to the test — a low fat diet, a low-carb, Atkins-style diet, and a low glycemic diet — to see which one was associated with the ability to not only lose weight, but also to keep it off.

After comparing the diets and considering the health implications of following the Atkins diet for too long — it can raise cortisol levels and increase the body’s inflammatory response — the researchers concluded two things. One: low fat diets are the least effective of the three diets for keeping weight loss off and they also negatively affect insulin resistance and cholesterol; and two: eating a low glycemic diet is the most effective means of maintaining both health and weight loss.

One of the researchers, David Ludwig, concluded that the low glycemic model of eating works best “because you don’t have to eliminate an entire class of nutrients, which our research suggests is not only hard from a psychological perspective but may be wrong from a biological perspective.”