When you're a royal, what's in a name?

When Kate's no longer a Middleton, what will she sign her name as? 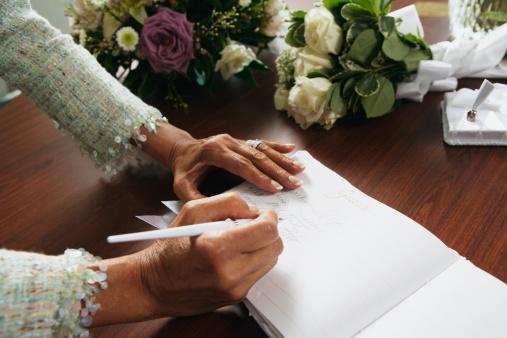 At a recent London dinner party, an English woman I’d never met before asked me why, when I got married, I didn’t bother to change my name. When I told her that it was for professional as well as feminist reasons, and that most of my Canadian friends had made the same choice, she said she wasn’t sure that she would want to marry a man who didn’t insist upon her taking his name.  (The fact that she was pregnant by a man who didn’t want to marry her is an entirely different story.)

I saw a photo the other day of a book the royals had signed to aid the victims of the recent New Zealand earthquake.  The single-word signatures of William and Harry flanked the easily-recognizable signature of Kate Middleton. It seems that this is the way the royals do it – like Prince or Pele.

So what about our Kate Middleton?  After she’s married, will she become Catherine Windsor or just Kate?

The royals are from the House of Windsor, but does this mean their last name was actually Windsor in role call at boarding school?  Did the Queen, like me, refuse to change her name for professional and feminist reasons when she married Philip Mountbatten?  Did Diana legally go from Spencer to Windsor and back to Spencer again?  Did Camilla Parker Bowles not change her name because Charles doesn’t actually have one?

Names have always been a rather tricky subject when it comes to the royal family.

In a scene from The King’s Speech, Winston Churchill (played by Timothy Spall) warns Colin Firth’s Albert that he should not use his birth name when he is king because, as they are on the verge of WWII, it would sound “too German.”

And, speaking of German-sounding handles, how about Saxe-Coburg and Gotha?  This was name of Queen Victoria’s German husband Albert and also the name of the house under which the royals reigned for a time until on July 17, 1917, in response to massive anti-German sentiment at the height of WWI, King George V proclaimed:  “From the date of this Our Royal Proclamation Our House and Family shall be styled and known as the House and Family of Windsor, and that all the descendants in the male line of Our said Grandmother Queen Victoria who are subjects of these Realms, other than female descendants who may marry or may have married, shall bear the said Name of Windsor.”

So, there you have it.  It’s going to be Kate Windsor but I’m guessing that on the guestbook she’ll just sign Kate – like Cher or Charo.