"All my daughter had was her voice, and they’re trying to silence that”

A father’s quest to set kids straight about consent — and restore dignity to the memory of his daughter. 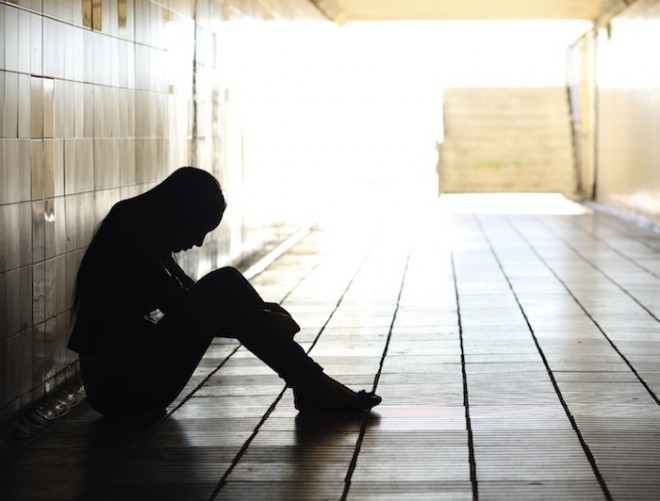 Editor’s Note: On December 17, the Nova Scotia attorney general announced that no media outlet would be charged for breaking the publication ban in the Rehtaeh Parsons’ case. Below is an updated interview with Rehtaeh’s father, Glen Canning, in which he talks about how he disagreed with the publication ban in his daughter’s case.

In November 2011, Rehtaeh Parsons, a 15-year-old girl from Cole Harbour, N.S., was allegedly raped at a high school party. A photo of the incident quickly made its way through a network of peers; the girl was branded a slut and subjected to a barrage of taunts and attacks. In April 2013, she took her own life. Since then, her parents have turned to grassroots activism in an effort to help other victims of cyberbullying and sexual violence.

In August 2013, charges were laid against two boys in the case – not of sexual assault, but related to the making and distribution of child pornography. A Nova Scotia court placed a publication ban on the name of the victim, even though the case was infamous and her name already widely known. The judge cited provisions of the Criminal Code that require such publication bans – “even if no one asks for it, no one wants it, no one thinks it makes any sense at all and it will have no real effect.”

This is clearly the case here. The girl’s family objects strongly to the publication ban. They believe that removing her name insults her memory and silences her once more.

Though this absurd ban has been challenged in court, it remains in place. We think the opinions of the girl’s family are important, but the only way we can legally publish them is by removing her name and theirs.

Here are the words of Rehtaeh’s father, Glen Canning:

“Our current justice system convicts only 0.3 percent of perpetrators of sexual assault. Shame on the justice system. And shame on the people who know that and aren’t doing a goddamn thing about it. Not even a month after [my daughter] died, the Nova Scotia government said, ‘Is there something we can do for you now?’ I said, ‘Yeah, you can go to every high school in Nova Scotia and talk about consent.’ They didn’t do anything. Still, to this day, they haven’t changed the curriculum one bit. You want to change those numbers? You have to start at the bottom. You have to start with where the belief comes from.

“What they did to [her], I honestly believe that kid in that picture actually thinks he’s not raping her because she’s not screaming and fighting, because that’s what you see on TV. They’re thinking, ‘That’s what rape is, and I didn’t do that, so I’m not a rapist.’

“There’s one school in Bridgewater, Nova Scotia—it’s the only one I’ve been to in all of Nova Scotia, even though it’s our home province. I was invited to speak by a sexual-assault centre. There were 30, 40 girls in this room. The sexual-assault counsellor says, ‘If a girl is drinking and she goes to a party with guys there and has too much and something happens to her and the guys all do stuff to her, how many people here think it’s her fault?’ Easily half the girls in that room put their hands up. That’s where we are with consent. That’s where we are with educating people about rape. Imagine if one of those girls who didn’t put her hand up thinks, ‘If it happens to me, I better shut up, because all these people will think it’s my fault.’ Rape is never a victim’s fault. Rape is on rapists. It starts and ends there. But that’s where we are with this conversation. I hate to think there are other schools like that.

“I’ve read that as people get older and learn about what sexual violence is, they start realizing, ‘Hey, I was raped.’ Sometimes people don’t even know that that’s what happened. The RCMP went and talked to this girl who was there that night with [my daughter]. That’s a powerful thing, an independent witness. She said it was consensual. But after [my daughter] died, a reporter at the Chronicle Herald talked to this girl, and said, ‘You told the police it was consensual. What do you mean by that?’ And the girl says, ‘Well, [she] wasn’t screaming.’ You have this girl saying [my daughter] wasn’t raped because she wasn’t screaming and fighting.

“I don’t understand the opposition to talking to kids about healthy sexual relationships. All over the world, kids have the internet, this massive friggin’ weapon, at their disposal, and no concept of the consequences. They don’t think that down the road, this picture is going to haunt this kid forever, till the day they die. They’re thinking they’re going to be the hero at school tomorrow. It’s the stupidest thing ever. And that’s when we’ve got to get to them: Don’t. Don’t do it. We’ve got to get that stop-and-think concept going.

“We can have all these laws, but laws are only as good as the people who show up. That sucks. The cops in this case, they didn’t go to the high school; they didn’t stop anything from happening. [My daughter’s] friends went to the teachers, said, ‘You know, they have this picture they’re spreading around.’ The teachers said, ‘We’re not allowed to talk about that here.’ It’s got to start there, man. You’ve got to let people know that is totally, completely unacceptable. We’ve got a system that seems complacent. It’s like this great big ungreased wheel that’s stuck. We need leadership.

“Right now, there’s this publication ban, and it’s disgusting. That would have made [my daughter] livid. It’s nullifying her, and it’s against our wishes. We put in paperwork, me and [her] mom, when the judge made this ruling. I agree with the law. It’s a good law. You’re protecting child pornography victims. But there are ways of getting around it so that you’re not breaking it; you’re just saying you won’t charge anybody for it because it’s not in the interest of justice. They could do that if they wanted to. They could issue a directive. But this is the same government department in Nova Scotia that originally said, ‘No, there are no charges warranted in this case.’ So who’s protected by this publication ban? They’re protecting themselves right now and they’re using the law to do it. At the very end, all my daughter had was her voice, was her identity, and they’re trying to silence that.”

—As told to Sarah Liss. This interview has been edited and condensed.