What's your bike seat doing to your private parts, gals?

Last week the New York Times’ health blog Well reported on a small U.S. study about bike seats and sexual health that may have a few women re-thinking their weekly spin class. 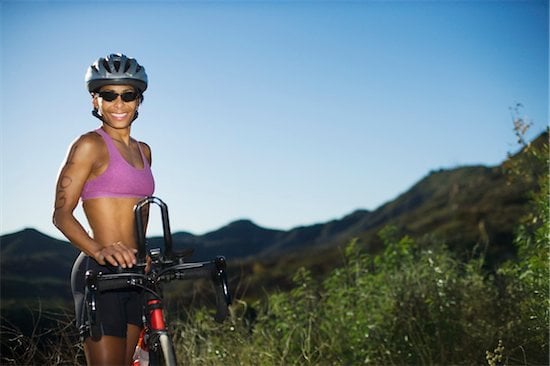 Last week the New York Times’ health blog Well reported on a small U.S. study about bike seats and sexual health that may have a few women re-thinking their weekly spin class.

Concerned about the potential hazards of excessive biking on female genitalia—many women who bike regularly report numbness or pain in their groin from sitting on the bike seat for an extended period of time—researchers at Yale tried to understand the mechanics of the phenomenon.

The researchers had just under 50 women who bike regularly (the participants cycled a minimum of 10 miles a week) come into the lab with their bicycles. The women then rode their bikes while wearing a device that monitored sensation within their pelvic floor. They also volunteered information related to how they felt to the researchers.

Ultimately, the study revealed that the position of the handlebars in relation to the elevation of the bike seat can make a sizeable difference in how much numbness or soreness a woman feels on her genitals while riding.

Those women who rode with handlebars that were positioned lower than their bike seats had to lean forward to accommodate the height difference, therefore putting extra pressure on an area of the pelvis known as the perineum (an area of the genitals that sits between the anus and the vulva). As a result, they experienced more discomfort.

The study’s authors believe there is more to be learned both about the mechanics of the situation as well as its potential implications for a woman’s sexual health. In the meantime, those women who want to reduce both the numbness and its possible effects might want to adjust the position of their handlebars, or change the kind of seat they use.

Well writer Anahad O’Connor cites the advice of another bike-seat-pain expert, Steven M. Schrader, a scientist at the National Institute for Occupational Safety and Health. Schrader, who studied the bike seat risks for male police officers on bicycle patrol, suggests that cyclists swap out bike seats with a nose for those seats without a nose (see an example here). Bike seats without a nose put the weight of the rider on the sit bones rather than the perineum, said Schrader.