What’s the “Fat Trap” and can you avoid it?

Raise your hand if during your lifetime you’ve gone on a diet, lost the weight you wanted, and felt fabulous, only to gain it all back — plus a little extra? If I didn’t have to type this blog, both my hands would be up. 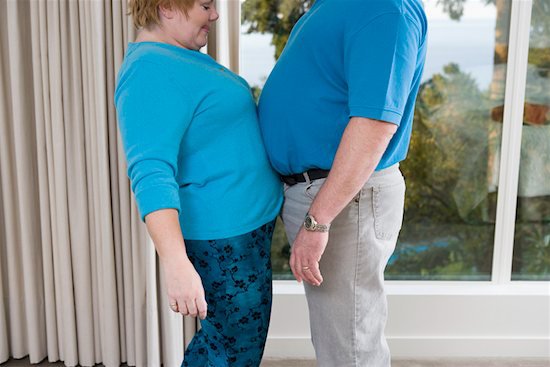 Raise your hand if during your lifetime you’ve gone on a diet, lost the weight you wanted, and felt fabulous, only to gain it all back — plus a little extra? If I didn’t have to type this blog, both my hands would be up.

We yo-yo dieters shouldn’t beat ourselves up, however. A recent article in New York Times Magazine suggests that willpower isn’t the problem. Instead, our bodies may be working against our diet goals.

In the piece, health writer Tara Parker-Pope presents recent findings by Australian researchers who sought to understand exactly why dieters often re-gain lost weight. Rather than focus on emotional factors such as lack of discipline, Melbourne physician Joseph Proietto looked more closely at how the body responds to losing weight.

To start, Proietto and his team assembled 50 obese men and women and put them on a strict, low-calorie, low-fat diet. The diet was successful. After 10 weeks, the participants had lost an average of 30 pounds. But not long afterward, they dieters began to re-gain weight, as well as complain of feeling hungry all the time.

The Australian researchers discovered a reason for this hunger and weight gain: the dieters’ bodies were reacting to the diet by behaving as if they were starving — hence the overwhelming feeling of hunger. This behaviour has a chemical component, say the researchers. It’s the result of increased levels of the “hunger hormone” called ghrelin, which the study revealed was present in significantly higher numbers among the dieters. Making matters worse, the researchers discovered that a hormone that suppresses hunger and increases metabolism was abnormally low in the dieters’ bodies.

The study’s findings have some wondering whether weight loss is sustainable at all. But as Pope observes the study may simply indicate the flaw that exists in taking an extreme, restrictive approach to weight loss. A slower approach may ease the body into the change without triggering the starvation response (Proietto’s team is set to look into the body’s response to this kind of diet).

Pope, who admits to a personal battle with excess weight, sees the information as ultimately positive, however.

Writes Pope: “And even though all the evidence suggests that it’s going to be very, very difficult for me to reduce my weight permanently, I’m surprisingly optimistic. I may not be ready to fight this battle this month or even this year. But at least I know what I’m up against.”