What’s in a celebrity baby name?

What’s in a baby name? Aside from it being a reflection of parents’ hopes, aspirations, family loyalties, and kooky teenage dreams, a baby’s name also acts as a kind of time capsule, revealing the tastes and preoccupations of a culture at any given point. 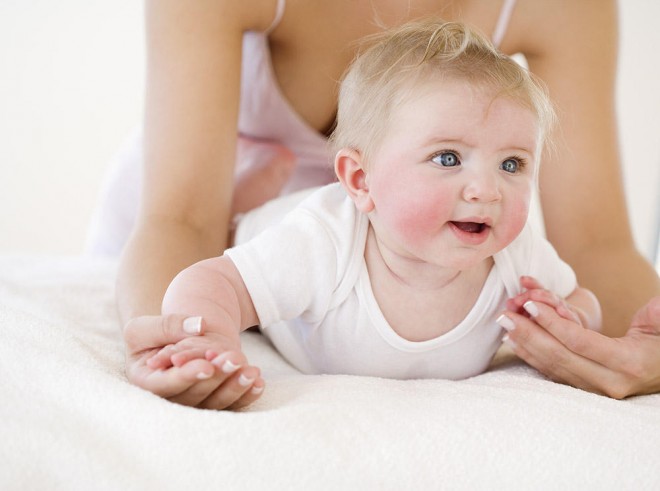 I have a friend who decided what she was going to name her firstborn child when she was still a kid herself. She’d come across this magical name as a teenager, been instantly struck by it, and locked it away in her brain, refusing to divulge it to anyone until the day her baby was born.

I thought she was a bit of a nut, and was taking the whole naming thing a little too seriously. But I will say this in her defense: she came up with quite a name for that baby!

What’s in a baby name? Aside from it being a reflection of parents’ hopes, aspirations, family loyalties, and kooky teenage dreams, a baby’s name also acts as a kind of time capsule, revealing the tastes and preoccupations of a culture at any given point.

In this past Sunday’s New York Times magazine, writer David Leonhart looked at data on recent trends in baby names and discovered several interesting changes. For one, names for girls have undergone a shift in the past two decades. Classic names from the Victorian era—names such as Emily, Emma, Anna and Grace, which experienced a revival in the 80s and 90s—have begun to fall out of fashion. Now parents are seeking more “youthful” and unique names for female children.

Who wants to bring another boring Emma into the world when you can inaugurate the reign of an Apple, Willow or Harlow?

Names for little girls are getting so ahead of the times, in fact, that it’s getting harder to track what’s popular. Says Leonhart: “The 1,000 top girl names accounted for only 67 percent of all girl names last year, down from 91 percent in 1960 and compared with 79 percent for boys last year.”

When it comes to naming boys, however, it seems parents want to project maturity, wisdom, character rather than whimsy or preciousness. Consequently old standbys such as William, David, James, Joseph never go out of style.

Name preferences for either sex are interesting to consider, to say the least. To put the differences in filmic terms, it’s as if parents of little girls are casting a sci-fi musical (a kind of Jem and the Holograms set in 2058) and parents of baby boys are casting a Western, circa 1863.

Only the occasional celebrity seems able to bridge the gap between ideals of feminine whimsy on the one hand and masculine maturity on the other when it comes to naming their babies. Unfortunately, the science is new and results of the experiment have been mixed. Exhibit A: Moroccan, the name Mariah Carey and Nick Cannon recently chose for their baby boy. The mysterious significance of that curious name—why Moroccan rather than Morocco?—will take many more studies to adequately explain.