If Princess Diana hadn’t died in that tragic car accident in 1997, where would she be now and more importantly, who would she be? That’s the question Newsweek is asking this week to mark what would have been the late Princess’s 50th birthday on July 1. 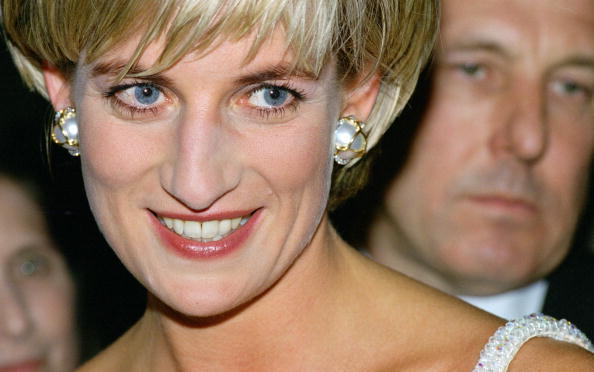 If Princess Diana hadn’t died in that tragic car accident in 1997, where would she be now and more importantly, who would she be? That’s the question Newsweek is asking this week to mark what would have been the late Princess’s 50th birthday on July 1.

It’s not the query that’s troubling; it’s the news magazine’s cheesy execution of the idea that grates. In editor-in-chief Tina Brown’s hands Diana becomes something like an A-list Forrest Gump, a one-dimensional chump that gets awkwardly photo-shopped into all the best parties and the most lucrative relationships.

Had Diana lived she would be beautiful still. Writes Brown, “There is no doubt she would have kept her chin taut with strategic Botox shots and her bare arms buff from the gym.”

Thank god. A turkey neck and chicken wings are not part of my fantasy Diana. Leave those second-tier human failings to Fergie.

Diana would also be dating up. “Gliding sleekly into her 40s, her romantic taste would have moved to men of power over boys of play,” writes Brown.

In 2011, Diana would be BFFs with the Middletons—though she’d be a bit unnerved by all the attention that upstart Kate is getting—and she and Prince Charles would meet as friends, having buried their former enmity.

Her fabulous philanthropy would be the very big deal she hangs her fascinator on internationally and she’d be on top of every major disaster quicker than you can say Anderson Cooper—see Diana wearing a hard hat at Ground Zero; see Di handing out water at the Astrodome during Hurricane Katrina—now blink and see her lounging on Paul Allen’s yacht during the Cannes Film Festival with Brad and Angie. Just don’t consider the irony—ever.

The whole thing is about as soulless and irony-free a portrait of professional celebrity ever painted. It’s a wonder Bonnie Fuller isn’t credited in a footnote. And while it says little of value about Diana at 50, it says a whole lot about what Tina Brown is like at 58.

If Diana were still alive what would she be doing now? It’s a question I’m sure her children ask privately just as most people who’ve lost a loved one too soon are prone to do. But I have a feeling they might think of her in more human terms—heck they might allow her that wobbly neck even—rather than blow her up into a perfect storm of avarice, ambition, celebrity, public philanthropy and “super-rich” consumer perversion.