A charge has finally been made in the death of 15-year-old Tina Fontaine. But not much has changed for indigenous girls in trouble. 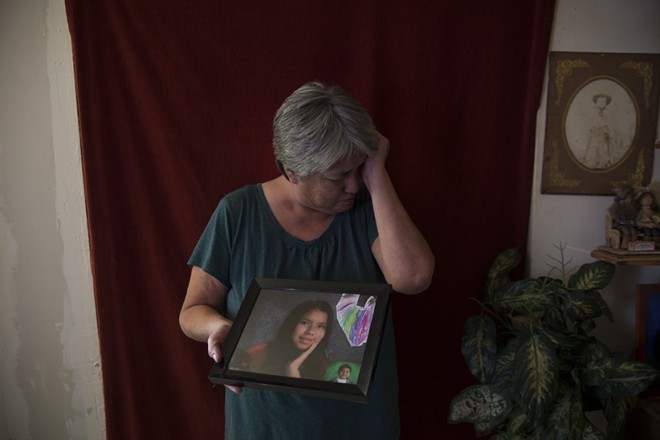 When two Winnipeg police officers encountered Tina Fontaine on August 8 last year, what did they see? The 15-year-old girl, from Sagkeeng First Nation in Manitoba, was in a truck with an adult man who was allegedly intoxicated. Tina was in the care of the province’s troubled child welfare system and had run away from the hotel where she had been staying. A child in the company of a drunk driver would alarm most people — particularly a child who had been reported missing, as Tina had — but for reasons that remain unexplained, the cops let Tina go. A few hours later, she was found passed out in alley downtown and taken to a hospital in an ambulance. She ran away again and nine days later, her body, which had been wrapped in a plastic bag, was dragged from the Red River.

Late last week, after more than a year’s investigation, Winnipeg police charged 53-year-old Raymond Joseph Cormier, a man with 92 prior criminal convictions including several violent offences, with Tina’s murder. Police also revealed that Tina most likely died on August 9 or 10 — that is, a day, maybe two, after she had come into contact with police officers, paramedics, nurses, doctors and social workers, who would have seen the danger she was in and who might have protected her.

Or did they see? Did they see her as just another runaway Native foster kid, or could they see that she was a girl with family who loved her? A girl who liked to bake and who collected teddy bears? Could they see her pain? Her father had been beaten to death in 2011 and Tina had a history of running away. Her great-aunt, who had been caring for her and trying to help her with her grief, went to the child welfare system to get Tina support services; that’s how the girl ended up housed with other foster kids in a Winnipeg hotel. It’s since been suggested that she became a victim of sex traffickers. Winnipeg police deputy chief Danny Smyth told the press last week that Tina and Cormier knew each other and added, “Tina was a child and an exploited child… not just by [the] accused here but several other people.” (Both officers who dealt with Tina on August 8, 2014 were put on administrative leave. One was later suspended without pay.)

Related: Why the Liberals need to get the MMIW inquiry right

In Tina’s small community of 3,000 alone, five other women have been murdered since the early 1990s. And according to Winnipeg police, some 400 kids in the care of Manitoba Child and Family Services are reported missing in the city every month, the vast majority of them girls. Homeless, possibly grappling with addictions and vulnerable to sexual predators, these children become invisible, as though they had never existed at all. The authorities hadn’t actually been looking for Tina when her remains were found. The police’s dive units were searching the Red River for someone else’s body.

This week marked the official end of the Truth and Reconciliation Commission’s investigation of Canada’s Indian residential school system, which over its history took 150,000 indigenous children away from their families to forcibly assimilate them. TRC head Justice Murray Sinclair says the legacy of the of the residential schools “can be seen in the myths, misunderstandings and lack of empathy many Canadians openly display about indigenous people, their history and their place in society.” He also draws a direct line from the abuse of previous generations to what he calls “the growing crisis” among this generation of indigenous youth, who are over-represented in prisons and the child welfare system — kids like Tina Fontaine.

Of all the devastating details in the TRC’s report, one of the most difficult is the number of children who died in the residential school system: at least 3,200. There are believed to be another 3,000, and possibly more, whose deaths were never officially reported. At the closing event for the TRC, Commissioner Marie Wilson gave a speech honouring them. “We know that a quarter of you left this world without the dignity of having your name recorded,” she said. “A third of you left without anyone noting whether you were a boy or a girl. And fully half of you passed on without the cause of death being recorded.”

Canadians like to think that we’re more enlightened and compassionate now — that we value every child in this country, that we’d do better. But, then, we didn’t see Tina Fontaine the days before she was killed. And so it’s hard to see that we’ve changed much at all.