What people really think about all those 'selfies'

A new study shows that the more selfies you post, the less people will relate to you. 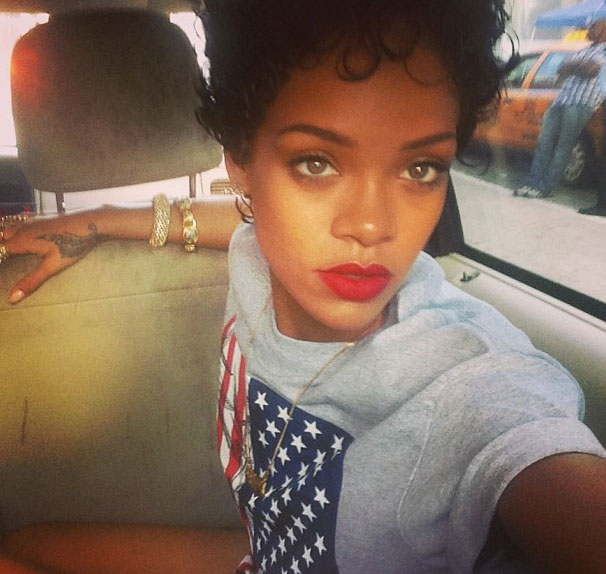 Rihanna is known for her many selfies (some quite scandalous) on social media (Photo courtesy of Instagram).

Do you, like me, long for the days when people used to run screaming from the room at the mere prospect of having their picture taken? A photo destined to lie buried in the family Christmas album, no less, where no one would ever see it?

Given the choice between arrogance and neuroticism, I’m starting to think there’s something to be said — all those pop-psychology-marketing-driven bromides about everyone being beautiful in their own way aside — for having a few healthy insecurities.

Saturated as we all are in narcissism — living in an era when the humblebrag constitutes the nearest approximation to modesty we have publicly available to us — it’s no wonder that the person who reflexively blocks the camera, concealing her face with her hand, has become my idea of an everyday hero.

Nothing signifies our perverse collective obsession with ME as succinctly as the ubiquitous selfie.

The favourite pastime of celebrities such as Rihanna and Heidi Klum, who have managed to elevate conceit to the level of an Olympic sport, posting endless self-adoring self-portraits on social media sites, unsurprisingly, doesn’t endear you to your beleaguered and inundated followers, according to a new study from the U.K.

In a report by The Daily Mail, combined research from several British universities (in a joint project called Tagger’s Delight), suggests that the more selfies you post, the fewer “likes” you’ll garner as a result.

“People don’t seem to relate well to those constantly sharing photos of themselves,” the DM quotes one of the researchers as saying.

Confidence is one of the greatest gifts you can have — and in contrast to its dubious counterpart, vanity, is also one of the most attractive character traits.

Next time you’re tempted to post yet another photographic paean to self-love, have the confidence — and the kindness — to resist the urge.

Tell us, do you often post photos of yourself online?