What my sister's breakup taught me about sibling bonds

I could feel Lauren's heart breaking in real time. The squabbles of our childhood had evolved into one of my deepest relationships. 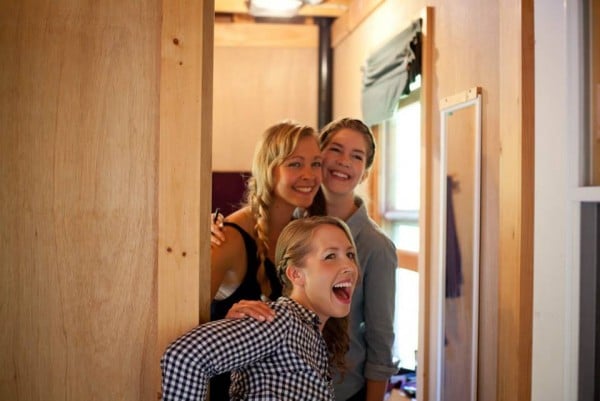 The text from my sister came in at 10:20 p.m. on a Wednesday night a few weeks back. She and her boyfriend had just broken up, and she was a mess.

By 10:24 p.m., I was out the door, ghosting from the band practice to which I’d just arrived and in a cab to her house across the city. As the car whipped past downtown Toronto storefronts filled with holiday cheer, I could already feel a dull ache form in my chest. I could feel Lauren’s heart breaking in real time.

About 20 minutes into holding my older sister as she cried, my younger sister, Kate, came in the door. I knew she felt it too — I could see it on her face.

When the three of us, each about two years apart, bickered as kids and fought over clothes as teens, our dad would always interject with what’s become a family cliché: “Now remember, girls — you’re sisters together.”

As we engaged in that ritual of primal protectiveness, the saying returned to my mind not as a peace-making plea but as an empowering mantra: We are sisters. We will get through this together.

Related: We were four sisters — now we are three

The Boesveld girls are a pretty blessed bunch to have a breakup be one of the worst things we’ve endured together. Life being what it is, we know this is all just training for battle.

Through the hard stuff — and the incredibly fun stuff — we’ve been tight. That’s surely true of many families, chosen or otherwise. But I rarely step back to appreciate what will likely be the longest and deepest relationships of my life.

And it seems not many others reflect on this either — we rarely hear about adult sibling relationships. The subject is finally getting its pop culture due in Tina Fey and Amy Poehler’s Sisters this weekend. Largely overshadowed by the return of Star Wars, this comedy about two very different 40ish sisters grappling with their parents’ decision to sell their childhood home caught my attention as we 30ish sisters do some grappling of our own. And as we find ourselves in need of a good laugh.

Seeing these bonds on the big screen also reminds me that my sisters and I share far more than a gene pool — we share memories, inside jokes (SO many inside jokes), mannerisms and values. We know each other inside out. Plus, if the research is right, this sibling bond into adulthood could also be one of the best tickets to a long and happy life. I’ll take one of those, please!

That intense urge to protect your siblings is rooted in evolutionary biology, this excellent NPR piece on adult sibling relationships points out. “Siblings are a crucial part of a child’s development, too, teaching one another socialization skills and the rules of dominance and hierarchy, all part of the eternal struggle for parental resources,” author Robin Marantz Henig writes.

Related: The secret to friendship after 30

Another factor that influences how close sibling are is whether or not they grew up with parents who played favourites. Henig cites a 2009 Purdue University study of 274 families with 708 adult children aged 23 to 68 which found most of them got along pretty damn well — that lack of favouritism being the common thread.

There’s also research to explain the deep empathy that came through the night of my sister’s breakup (which, by the way, stuck with me for days after). It’s linked to the way we largely kept the peace, thanks to our parents’ prodding. A 2012 study from Pennsylvania State University found that when firstborns and second-borns reported more sibling warmth and less sibling conflict than usual, they also reported feeling more empathy. That empathy also became stronger over time and was stronger between girls than between boys.

But like Poehler and Fey’s characters, our differences and “roles” absolutely clash. We’re still competitive with one another, as many siblings are — reflective of the clichéd dynamic of multi-sib childhood being one big scramble for parental attention and love. We also know exactly how to press each others’ buttons and I’ll admit to sometimes taking a little too much pleasure in setting my sisters off.

Of course, there’s a lot more that fosters our closeness for which we’re lovingly teased. My husband likes to joke that one visit to my childhood home in our tiny hometown makes the Boesveld sisters make sense — we were so rural that it was just easiest to be one another’s best friends, our weirdness and inside jokes crafted and dispatched in a vacuum.

We’ll be back there this holiday season, Lauren’s heart still on the mend. I’m convinced our closeness will fuse tighter as we drink too much wine and walk along the quiet streets where we grew up. We’ll soak up the memories of Christmas when we were young and look forward to the ones we’ll make. Sisters together.