What it's like to be a woman in the military

I often get asked what it's like to be a woman in the military. "Do the men treat you differently?" Usually, the answer is no, as we all know we work on the same team. 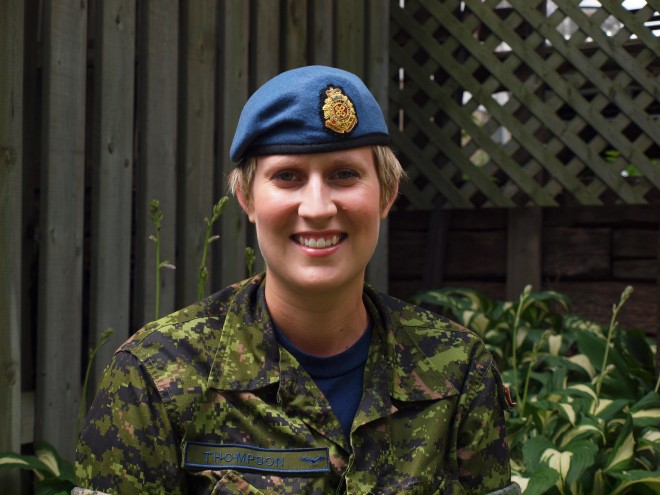 Yes, the number one question I receive when people see me in uniform is “What’s it like being in the military? How do the men treat you?” Twenty years ago, I might have had a negative answer for this question. In the new millennium, things have really changed. Of course, everyone’s experience is different.

My Dad specifically remembers when women were first allowed into his trade as electrical mechanical engineers. Then men felt angry because the women didn’t have the same standards, didn’t have to lift heavy things and didn’t have to dig their own latrines (this has definitely changed today!!!). This made the men mad and I can understand that. But when I asked my Dad, “Well what do you think it was like for the women?” He drew a blank. He was so consumed by his own point of view that he hadn’t thought of what it had been like for them. I can’t imagine what it would have been liked to be so hated by people who were supposed to be your peers.

Basic training didn’t segregate us from our other gender, but rather, we were encouraged to work together, as a team. When I needed help getting across the 8 foot wall on the obstacle course, someone helped me, and whether or not that helper was male or female is irrelevant and forgotten. Success in the military is highly based on how you function as part of the cog in the wheel. So although the female pioneers of our military faced a lot of harassment and plenty of odds stacked up against them, today, I don’t feel different from my male counterparts. I’m sure the experience of some other women has been different but I’ve never been treated as though I was anything less than an equal.

My Grandpa was such a supporter of women in the forces. He felt that everyone had something to contribute and that women in the military would bring something different to the table. The two ladies I met in the grocery store today seemed to agree with him. They wanted to shake my hand and tell me they were so proud of me for all that our men and women do. “Thank you.” She said, looking into my eyes and getting a bit emotional. She didn’t see a gender when she thanked me. She saw my uniform.

So what’s it like to be a woman in the military? The same as it is for a man. We’re all just as proud, just as hard working, and just as dedicated to all that the Canadian Forces stands for.