What does President Obama have to do with Dominique Strauss-Kahn?

It’s been an ugly week for powerful men and the unfortunate women with whom they come in contact. On Monday, a chambermaid at the Sofitel Hotel in Manhattan claimed that then IMF chief Dominique Strauss-Kahn sexually assaulted her when she entered his room to clean it. 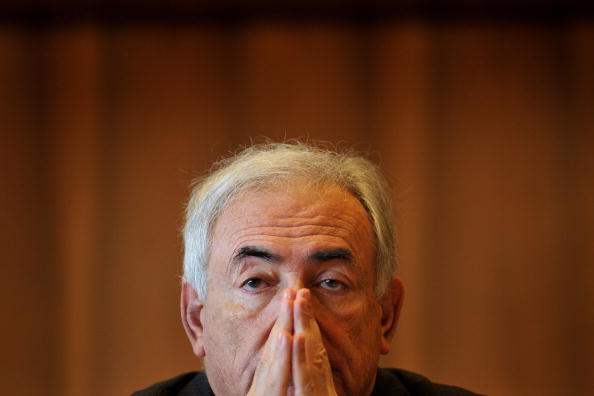 It’s been an ugly week for powerful men and the unfortunate women with whom they come in contact. Last Sunday, a chambermaid at the Sofitel Hotel in Manhattan claimed that then IMF chief Dominique Strauss-Kahn sexually assaulted her when she entered his room to clean it.

The French politician is now sitting in a jail cell on Rikers Island. He proclaims his innocence and argues that the sexual interaction that took place was consensual.

While Strauss-Kahn’s guilt or innocence still remains a question to be answered in court, it hasn’t stopped some from sniffing out a conspiracy. In France, there’s a significant number that believe he’s the victim of a stitch-up. A recent poll indicates that nearly 60 per cent of the population believes he has been unjustly accused.

Some think it’s a localized political conspiracy involving the Sarkozy administration, others see it as more far-reaching. One fringe theory has it that President Barack Obama conspired to neutralize Kahn because of his IMF policies.

This is something I find unique about the turnings of the human mind. Why is it infinitely easier to imagine President Obama as some kind of menacing puppetmaster hell-bent on ruining a man’s life rather than believe that a powerful politician might consider a chambermaid an easy mark?

Putting his status as an intellectual in jeopardy, Bernard Henri-Levy even went so far as to tempt conspirators by wondering how a maid could enter a room alone “contrary to the habitual practice of most of New York’s grand hotels of sending a ‘cleaning brigade’ of two people, into the room of one of the most closely watched figures on the planet.”

I was a chambermaid many years ago, and I can tell Mr. Levy this. I always went in to clean the room alone—the hotel was too cheap to pay for multiple maids—and whenever I found myself accidentally in the presence of a male guest I hightailed it out of there. There’s a weird energy afoot under those circumstances. Until you’ve been in a room alone with a towel-clad stranger with nothing but a bottle of Windex between you, you don’t understand a maid’s unique feeling of vulnerability. The “Do Not Disturb” sign is as much a warning to the hotel staff as it is a convenience to the houseguest, I can assure you.

Whether Strauss-Kahn is guilty of the horrible crime he’s accused of or whether he’s innocent of the charges and undergoing a trial of faith to rival that of Job, there’s one judgment he can’t escape: when you’re a high-ranking international politician even sleeping with the chambermaid can be construed as an abuse of power. All the French intellectuals in the world can’t talk him out of that professional misstep. Though I’ve got a feeling they’ll try.