What does a sweet tooth say about a person's character?

What does a weakness for Reese’s peanut butter cups say about your personality? Something pretty tasty. 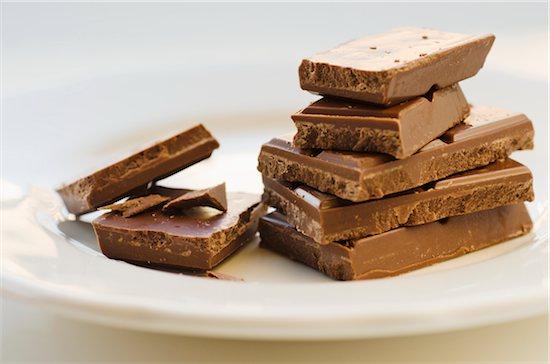 What does a weakness for Reese’s peanut butter cups say about your personality? Something pretty tasty. Rather than reflect a lack of will power, as the harsh and judgmental diet gods would have it, new research (via The Vancouver Sun) suggests a more positive association between sweet indulgences and human nature. In fact, a group of researchers in the U.S. link a sweet tooth with the possession of pleasant personality traits.

Psychology researchers from the University of Pennsylvania, the University of Chicago and North Dakota State University in the U.S., were curious to find out if there was a link between an individual’s affection for sugary treats and a pleasing or “sweet” disposition.

After conducting five studies that involved more than 500 people, the researchers concluded that those people who like candy or sugary items also tend to be more agreeable overall.

For example, in one study the researchers asked people to choose between a chocolate and a non-sweet food item. Those who chose the chocolate were found to have more congenial dispositions than those who opted for the non-sweet item. They were also deemed more likely to help someone in need than their less indulgent counterparts.

Don’t put the amiable nature of chocoholics down to the happy influence of cocoa and sugar alone, however. One of the researchers involved, Gettysburg College psychology professor Brian Meiers pointed out that it wasn’t chocolate that made the people more pleasant or agreeable.

Said Meiers: “Our taste studies controlled for positive mood so the effects we found are not due to the happy or rewarding feeling one may have after eating a sweet food.”

To simplify: nice people know the cosmic value of a Milk Dud as well as they do that of the Golden Rule.

Even more interesting, one of the studies confirmed a cultural association between sweet foods and pleasant people. After being shown photographs of strangers and then being told that they liked chocolate cake, for example, the participants rated the personalities of the chocolate fans as more agreeable than those who weren’t identified as sweets fans.

So for those men and women who’ve never met a chocolate cake they didn’t like—and I count you as blood brothers and sisters—it’s time to recognize that your welcoming attitude to thick sweet frosting is really a good thing, and not just for your taste buds but for humanity.