What do you do when you hate your kid's taste in music?

My daughter has been obsessed with The Lion King for about three years now. Don’t get me wrong: it’s a great production with great music. But after listening to it in the car for three years, and learning every single song by heart, I think enough is enough. 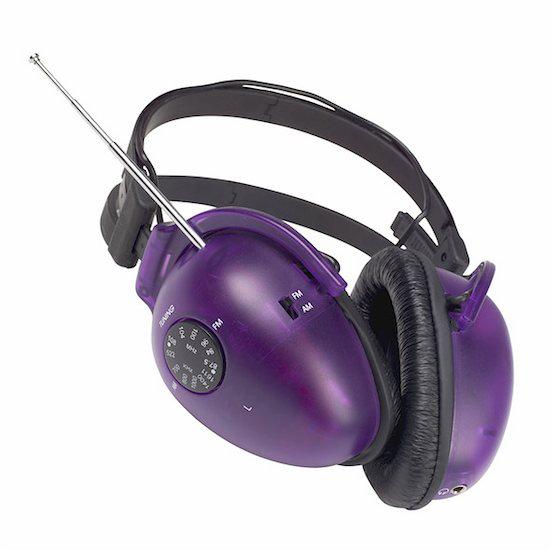 My daughter has been obsessed with The Lion King for about three years now. Don’t get me wrong: it’s a great production with great music. But after listening to it in the car for three years, and learning every single song by heart, I think enough is enough.

My daughter, however, doesn’t. Whenever we’re in the car, she wants to listen to The Lion King and I want to listen to, you know, adult music like 102.1 or Virgin Radio.

The thing is, I know I’ll have a much more relaxing drive with my daughter if I just let her choose the music. But why should I? I mean, I’ve listened to years of Barney and The Wiggles and The Night Garden and frankly, isn’t it my turn now?

In the adult world, we all know that whoever is driving gets to pick the music. That’s an unwritten rule. But what about when it comes to sharing a car with someone in a booster seat whose musical tastes, well, suck?

So, I was thrilled when I heard Rebecca Brown, creative director of Bunch Family, had teamed up with The Gap to put on events throughout Canada on Mother’s Day celebrating “kindie” music.

Kindie music, if you don’t know, is indie music for kids. It sounds great, like your favorite grown-up band, but they’re singing about stuff like bed head, haircuts, milk and robots. Many of the kindie musicians also play in adult bands and are parents.

According to Brown, it’s a “movement that was started by cool musician parents who wanted to write songs for their own kids and catch a break from listening to crappy kids music.”

So I “raised my hands up” and talked to Brown about how parents can avoid losing their minds while raising kids, musically speaking.

1. Apparently, a lot of parents are like me, and get annoyed at having to listen to kids music all the time. “There’s a huge kindie scene in the States with its own conference, Kindiefest, and a festival circuit (Kindiependent, Kidzpalooza, Austin Kiddie Limits).” Some of the big name are Recess Monkey, Secret Agent 23 Skiddo, the Pop Ups, the Jimmies and the Board of Education, Brown said. And all these band names do sound much better than The Wiggles, don’t they?

2. Brown has been putting on dance parties and rock concerts for kids for years. “I can definitely say that kids love music and that music can be a great tool for teaching kids. What I love about watching kids interact with music is how much they get it. They’re like unselfconsciously and naturally funky.” Yes, watching little kids dance or sing with wild abandon is one of the best things in the world.

3. She says that if you hate your kid’s taste in music, there are some “good technology-based solutions,” like ear buds. “Also, redirection,” she says. Like, “Hmm, honey, let’s take a little break from The Wiggles and rock out to some White Stripes together, okay?” She says that kindie music has a lot of the stuff that make kids love bad music — repetition, goofiness, and lyrics about farm animals — but it “sounds rad!”

4. She says if you want to introduce your kids to new music (ahem, music that is more your taste!) host dance parties in your living room. Or show them some music videos on the computer. She also suggests taking them to live shows. “You can’t beat that experience. And there aren’t enough rock concerts for kids.” That’s why Brown is trying to solve that problem with Kindie Rocks GapKids.

5. She says it’s also appropriate for kids to listen to adult music. “As long as the lyrics are appropriate. Every kid I know loves The Beatles. My kids love the White Stripes and Beck.” On their website, they recently wrote about a kid who adores Brandon Flowers and Joel Plaskett.

6. As for in-the-car discussions when it comes to music, she does say it should be a “negotiation.” “But the grown-ups should have veto power!”

So now I’m off to download some Beck and White Stripes on my daughter’s iPod. It’s the least I can do for her…and for me.