What do fruit flies tell us about human sexuality and addiction?

Next time you curse that cloud of fruit flies hovering over your overripe bananas, pause to consider this fact: those loathsome domestic pests that you’d like to see floating belly-up in a wine bottle possess hearts and feelings too apparently. 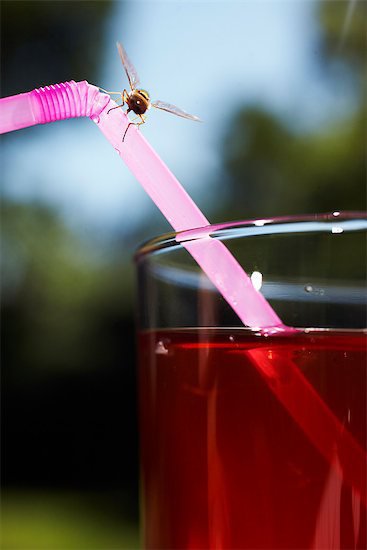 Next time you curse that cloud of fruit flies hovering over your overripe bananas, pause to consider this fact: those loathsome domestic pests that you’d like to see floating belly-up in a wine bottle possess hearts and feelings too apparently. According to a new study (as reported by the NY Times), they behave a lot like human beings do when they’re rejected in love. Which is to say that when they get spurned fruit flies get drunk.

Though their life spans are significantly shorter than the long-lived human beings who despise them so heartily — fruit flies only live for a short eight days. You’d think given such a brief allotment of life the fruit fly might take the old adage Carpe Diem to heart.

A recent study revealed that fruit flies sulk and drown their sorrows — they get downright melancholic — when they’ve struck out at the fruit bowl with a female fly.

Neuroscientists at the University of California, San Francisco, subjected male flies to a prolonged courting session with female flies. Unfortunately for the males, the females had already mated and so were indifferent to the males’ advances. After having their natural desire denied the male fruit flies showed a marked preference for food spiked with alcohol (by comparison, males that were allowed to mate with the ladies in the test group weren’t as likely to seek satisfaction with booze).

What does any of that have to do with human behaviour? The researchers hypothesize that the fruit flies preference for alcohol offers some insight into how the brain’s reward system or pleasure centre operates under stress. The reward system is what is activated when we eat and have sex, for example. But it’s also an area of the brain that is activated in addiction.

The fruit flies that were rejected experienced a chemical shift in their brain that sent them seeking solace in alcohol. Stress made these fruit flies into bar flies, so to speak, and researchers believe that this reveals a potent link between social behaviour and addictive response.

“It’s the first time we have shown this link between a social experience that involves reward and a drug-related behavior” said Ulrike Heberlein, the study’s co-author.

The study may pave the way for the creation of drugs that help curb that chemical reaction and make human beings less susceptible to seeking solace from alcohol or drugs when they’re feeling lovelorn or blue. That’s all good news. But still no word on when scientists turn their attention to eradicating the blight of fruit flies.