Want to get noticed? Study says wear this eye-catching colour

After reading about this colour/clothing study on the Psychology Today website I’m beginning to question the wisdom of thoughtless dressing. A little care may be in order occasionally, especially when deciding what to wear because according to a recent French study women who wear red get noticed more often. 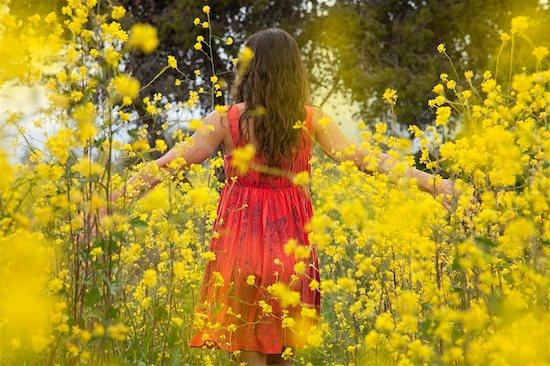 I don’t know how other women get ready in the morning, but I take a fairly casual approach. Which is to say I don’t get a good look at what I’ve got on until I’m out of the house and by then it’s too late to do anything about the fact that there’s a ketchup stain on my sweater.

“How to pull off a ketchup stain” is an article I want to read in the next issue of Vogue, Ms. Wintour.

After reading about this colour/clothing study on the Psychology Today website I’m beginning to question the wisdom of thoughtless dressing. A little care may be in order occasionally, because according to a recent French study women who wear red get noticed more often.

The study tested the influence of colour on attraction by putting female hitchhikers on the road wearing various coloured T-shirts. The passing drivers were made up of both men and women. While female drivers didn’t seem to be affected by the hue of the hitchhiker’s T-shirt, the men were a different story. For whatever reason, male drivers chose to pick up women wearing red t-shirts more often than those wearing shirts in shades of green, white, yellow, black and blue.

The study results offer support to other research that suggests that red affects men in much the same way that rain affects my dog. In short, it makes them both stop in their tracks.

The question is why red has this power. And the answer is about as gross as you might imagine. According to Psychology Today blogger, Gad Saad, researchers hypothesize that “men respond favorably to the colour red in part because it mimics various elements of female sexual arousal.”

Told you it was gross. Don’t say I didn’t warn you.

This response is called the “red effect”. And it’s one of the reasons why marketers make flagrant use of red to sell a range of products from cars to pornography.

Knowledge, however groan-inducing is still power, ladies. And so next time you’re looking to garner a little male attention, it may be wise to go with the red dress rather than the LBD, LGD, or LYD. If you’re looking to remain powerfully invisible, however, may I suggest going with the ketchup stained sweater? It works for me every time.