Turmeric is touted for its many healing properties, but researchers may have been misled 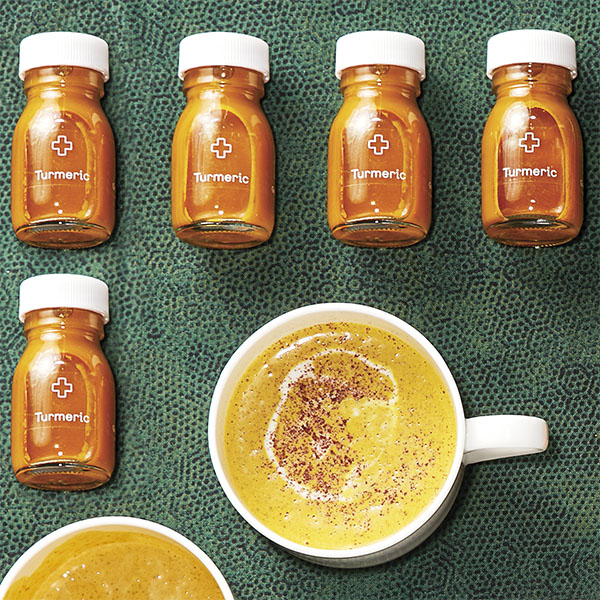 One of the molecules in turmeric, curcumin, may have been fooling researchers into thinking it possesses myriad healing powers that it actually doesn’t have. Photo, Erik Putz.

Fights cancer! Reduces inflammation! Detoxes your liver! We’ve all seen the headlines touting the many health benefits of turmeric. But according to a new review published in the Journal of Medicinal Chemistry, it may be too good to be true.

In an attempt to clarify the abundance of information floating around about turmeric and, more specifically, curcumin (the molecule in turmeric that supposedly wields all of the health benefits), the authors of the review took a deeper look at the results of several studies. To test whether a chemical has potential therapeutic benefit against a disease, researchers use what are called “drug screens” to see whether a chemical binds to disease-related proteins in people’s blood. If it does, that’s a clue to researchers that the chemical should be used in a drug. But — and this is a big but — just because a chemical binds to a protein, doesn’t necessarily mean it alters the disease in any way. That’s because every protein has what are called binding sites and, much like a key in a lock, many molecules may fit into them but only certain ones will be a perfect fit.

Related: In denial: Why do we often ignore medical symptoms, when we know better?

Unfortunately, most drug screens will show a positive result if a molecule fits into a binding site. More sensitive tests are needed to determine whether the molecule actually opens the door to fighting the disease.

And this is where the problem lies with most of the research papers out there touting the benefits of turmeric. Cucurmin easily binds with many different proteins and therefore will show up positive on the drug screen. In an article in Nature, James Inglese, director of assay development and screening technology at the National Center for Advancing Translational Sciences in Bethesda, Maryland, calls curcurmin a “poster child for promiscuous molecules that come up often in screens.”

Most of the studies on curcumin are based on the results of these drug screens, which is only the starting point of drug research. In fact, the review states that “no form of curcumin… appears to possess the properties required for a good drug candidate.”

Since 2009, many articles on curcumin have either been retracted or corrected, yet on average around 50 papers a week are published on the benefits of curcumin.

But it’s not all gloom and doom. According to Bill Zuercher, a chemical biologist at the University of North Carolina at Chapel Hill, “it may very well be the case that curcumin or turmeric extracts do have beneficial effects, but getting to the bottom of that is complex,” he tells Nature. It will just take more sophisticated testing, and actual drug tests to get a definite answer either way.

While research on the health benefits of turmeric is mixed, that doesn’t mean it isn’t delicious. Here are five ways to cook with it:

More:
Is an IUD the best choice for birth control?
The best (and most bonkers) tips from Gwyneth Paltrow’s new book
In denial: Why do we often ignore medical symptoms, when we know better?