A new report reveals dangerous chemicals in kids' toys; how one New York woman made sure the man who flashed her got arrested; science tells us why rich people are mean; CBC unveils its Canada Reads finalists; and Haiti's cholera epidemic will be much worse than initially expected. 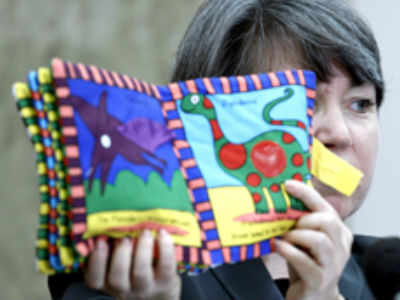 A new report titled “Trouble in Toyland” warns of high levels of dangerous substances in many popular children’s toys. The report was authored by the Public Interest Research Group and highlights the fact that 380 children have died from toy-related incidents in the U.S. since 1990. High on the list of offenders is lead, but a lesser-known chemical called phthalates is also present in many children’s products, and can cause abnormal genital development in boys, disruption in sexual development, early onset puberty and lower sperm counts. Read the full report, complete with offending toys here.

A New York woman has become an unintentional hero after a video of her confronting a subway flasher recently surfaced in the blogosphere. In the video, the unidentified woman can be seen yelling at the man she claims touched and rubbed up against her with his exposed penis while riding a midtown subway. While many women have experienced this sort of public lewdness or forcible touching, not as many have responded with the force and justifiable rage that this woman did. It appears in the video the she pulled the cord, stopped the train, and then stood next to her assailant until the conductor came, all the while unleashing an expletive-laced tirade on the man, who was later arrested and charged.

It turns out that economically disadvantaged people are nicer and more empathetic than rich people, and we didn’t learn this from watching The Apprentice – we learned it from science. A new study has found that people with higher socioeconomic status are worse at judging other people’s emotions – both in photographs and in person – than those with lower socioeconomic status. The same researcher also previously discovered that wealthy people are more likely to behave rudely to strangers than poor people.

CBC has unveiled the five candidates for this year’s Canada Reads program. Each of the five books will be defended by a Canadian celebrity during a week-long special on CBC radio this coming February. Actor Lorne Cardinal will defend Unless by Carol Shields, former hockey pro Georges Laraque will defend The Bone Cage by Angie Abdou, TV personality Debbie Travis will defend The Birth House by Ami McKay, CNN journalist Ali Velshi will defend The Best Laid Plans by Terry Fallis, and Sara Quin will defend Essex County by Jeff Lemire. At the end of the week a winner will be named the Canada Reads book for this coming summer.

The cholera epidemic that hit Haiti in mid-October will be much worse than initially expected, according to UN officials. So far at least 1,344 people have died, but officials say the real number is likely closer to 2000. The UN’s humanitarian coordinator in Haiti says the death toll could climb as high as 200,000 within three months, as all 10 provinces of the earthquake-ravaged country are now affected by the waterborne disease.