Handwritten lettering is making a comeback. 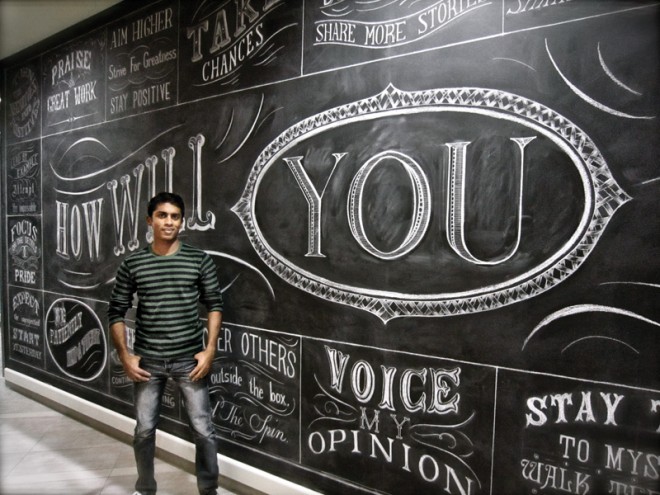 Rajiv Surendra and his work.

From chalkboard menus to storefront signage and fancy wedding envelopes, handwritten lettering is making a comeback. (Even Blue Jays coach and self-professed ‘bootleg calligrapher’ Don Wakamatsu makes his daily lineup cards as decorative as they are functional.) Another advocate of ‘putting your passion into your pen’ is Rajiv Surendra, the man behind dozens of elegant Toronto chalkboards, who has studied calligraphy since he was a child. “When you receive a beautiful handwritten note it’s so personal — it’s a part of the person who sent it,” he says. Now you can make a night of it: The Post a letter Social Activity Club meets in cafés and bars across the country to put pen to paper. 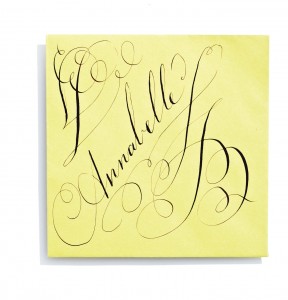 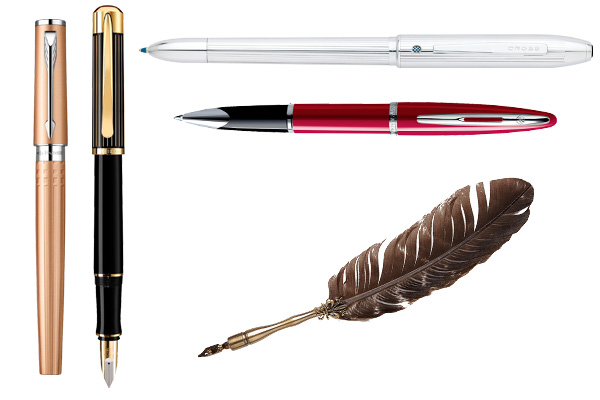