From tea sipping and gallery going to shopping Canada's best fashion brands, Ottawa has all the makings of a regal getaway. 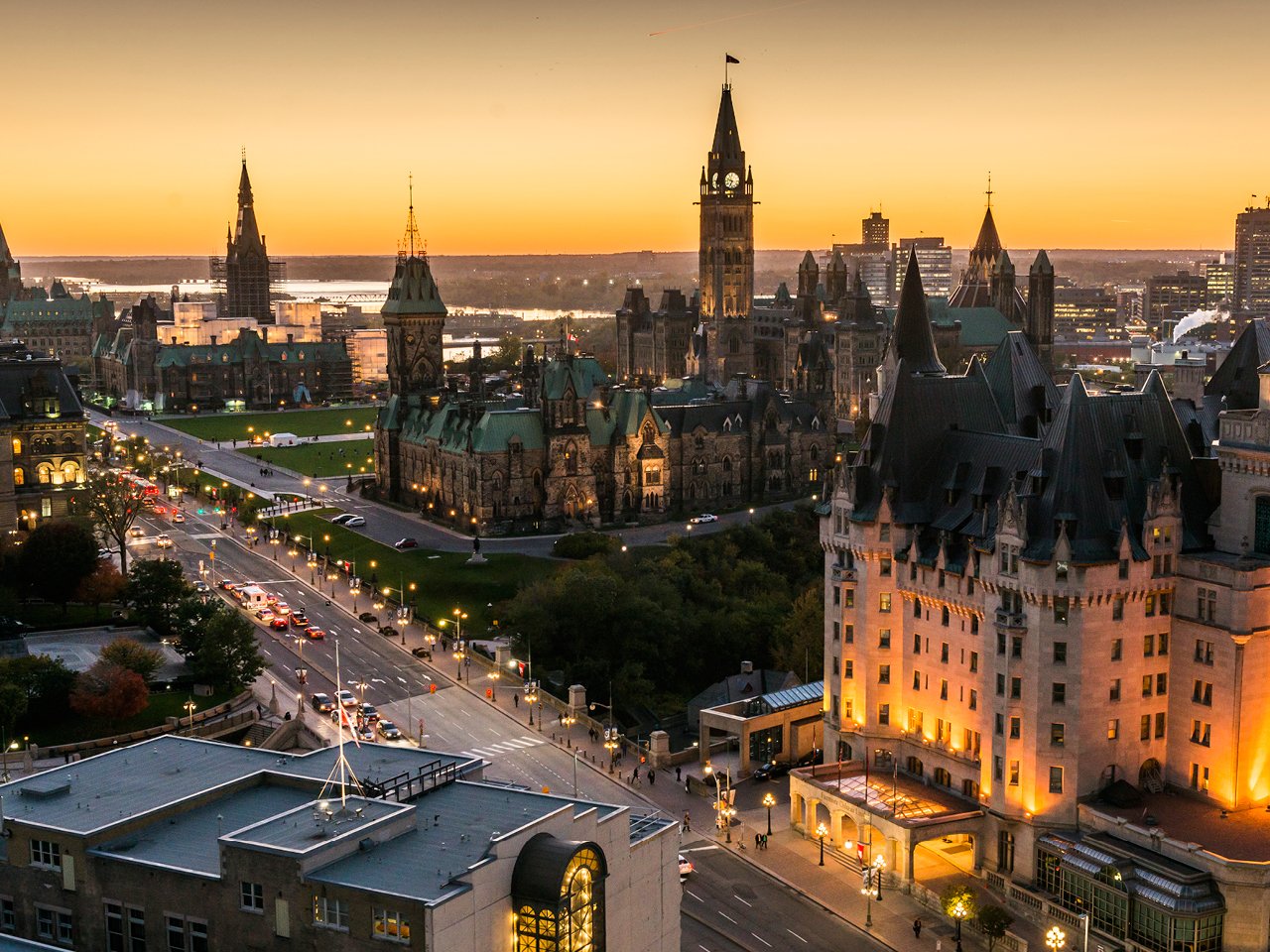 For decades, members of the royal family have enjoyed visiting the northern jewel in the common wealth crown, and the nation’s capital, in particular: Prince Charles and Camilla stopped in at Parliament Hill for Canada’s 150th last year, William and Kate visited the city for their first official tour in 2011, Queen Elizabeth II dropped by in 2010 and Princess Di came to see Canada’s homegrown queen, Celine Dion, perform in 1991. It’s only a matter of time before newlyweds Harry and Meghan join the royal ranks of visitors to the city. With summer weather setting in and Canada Day festivities just around the corner,  we took the liberty of planning out the ultimate regal guide to Ottawa.

Here’s where to sightsee, shop, sip and indulge like a member of Her Majesty’s inner circle.

This historic farmers market serves up way more than fruits and veggies. Come for the top-notch cheese shops and fashion boutiques, stay for the wine bars and live music. It’s a must-see for royals and regulars alike—especially this summer, when the market’s most delicious dessert tradition—The BeaverTails on 69 George Street—turns forty.

Relaunched to coincide with last year’s 150th celebrations, the updated ode to our nation’s past includes a new focus on indigenous history, diversity and human rights. Interactive elements include a game in which two players face off as eighteenth century British and French fur traders. 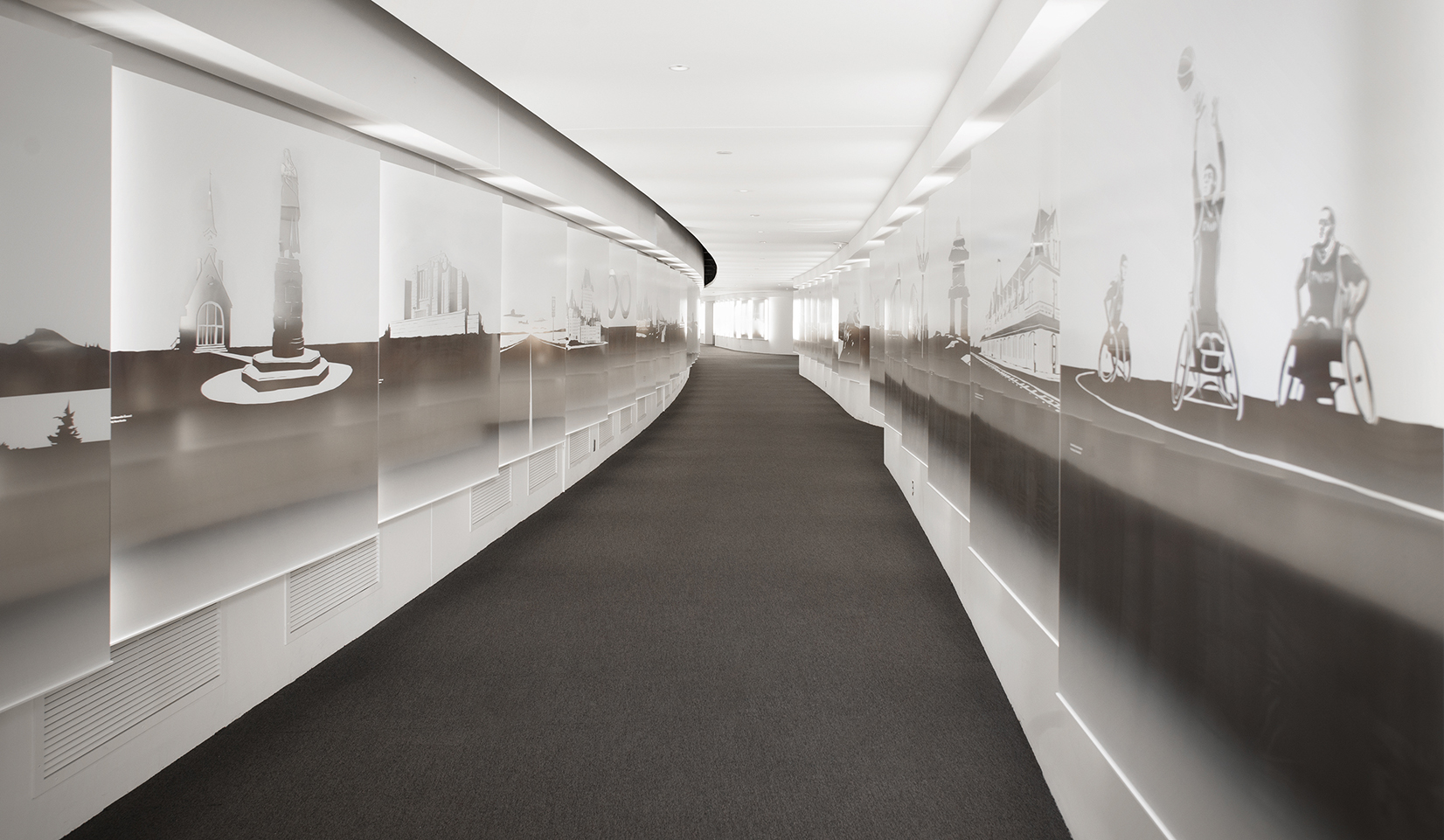 Who needs a horse and carriage when you can enjoy a romantic cruise on the Rideau Canal? A variety of self-driving luxury boats can accommodate larger groups or cozy couples looking for a more intimate escape on the water.

Before she had a handsome prince on her arm, Meghan Markle’s most frequent accessory was a trusty yoga mat, so the weekly outdoor sessions on Parliament Hill would surely be an ideal stop for the new royal. Hosted by Lululemon and attended by hundreds of yogis-slash-subjects-of-The-Commonwealth, the all-levels-welcome sessions are free* (*BYO mat, and security detail. Fascinators optional). 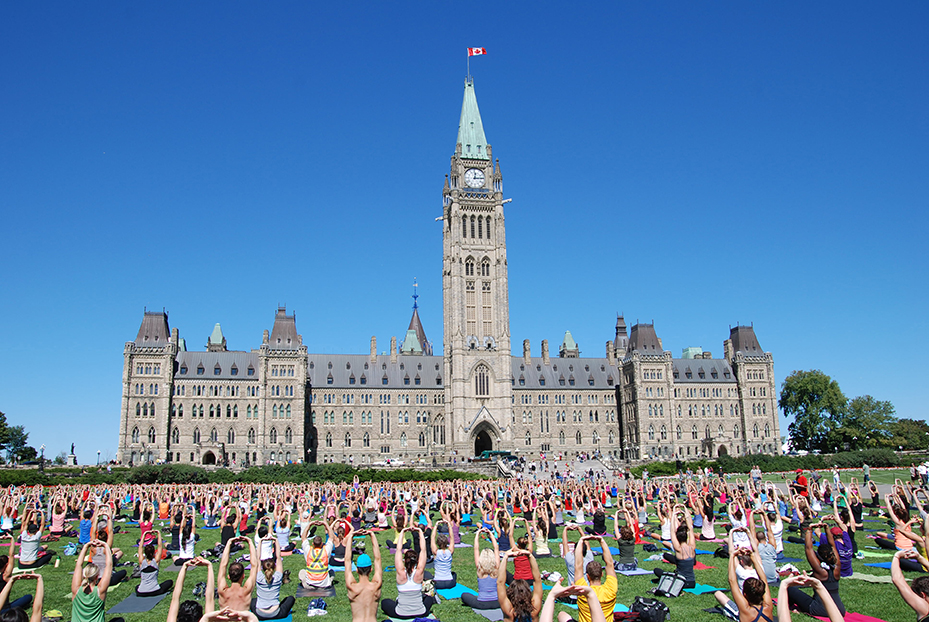 Part outdoor hiking adventure, part art crawl, this sanctuary features statues and sculptures from all over the world (Zimbabwe, Vietnam, Sri Lanka), situated along an intricate nine-acre system of ravine trails and grassy clearings. Many of the works are inspired by the teachings of various world religions, and visitors can partake in meditation, yoga sessions, and more.

Tavern on the Hill

Known for its high/low menu (champagne and gourmet hotdogs) as well as its exceptional views, this seasonal new addition to the city’s snack-scape is nestled into the north end of Major’s Hill Park. Pick the right perch to gaze out at The Parliament Buildings, Chateau Laurier, the Supreme Courthouse, the Notre-Dame Cathedral and the National Gallery of Canada.

After almost three years of construction, the modern and luminous (its front entrance literally lights up in the dark) new exterior is just one of many reasons to check out the city’s chicest new arts destination, another being the inaugural exhibit “We’ll All Become Stories,” which reflects on 6,500 years of Ottawa’s history through locally produced art. 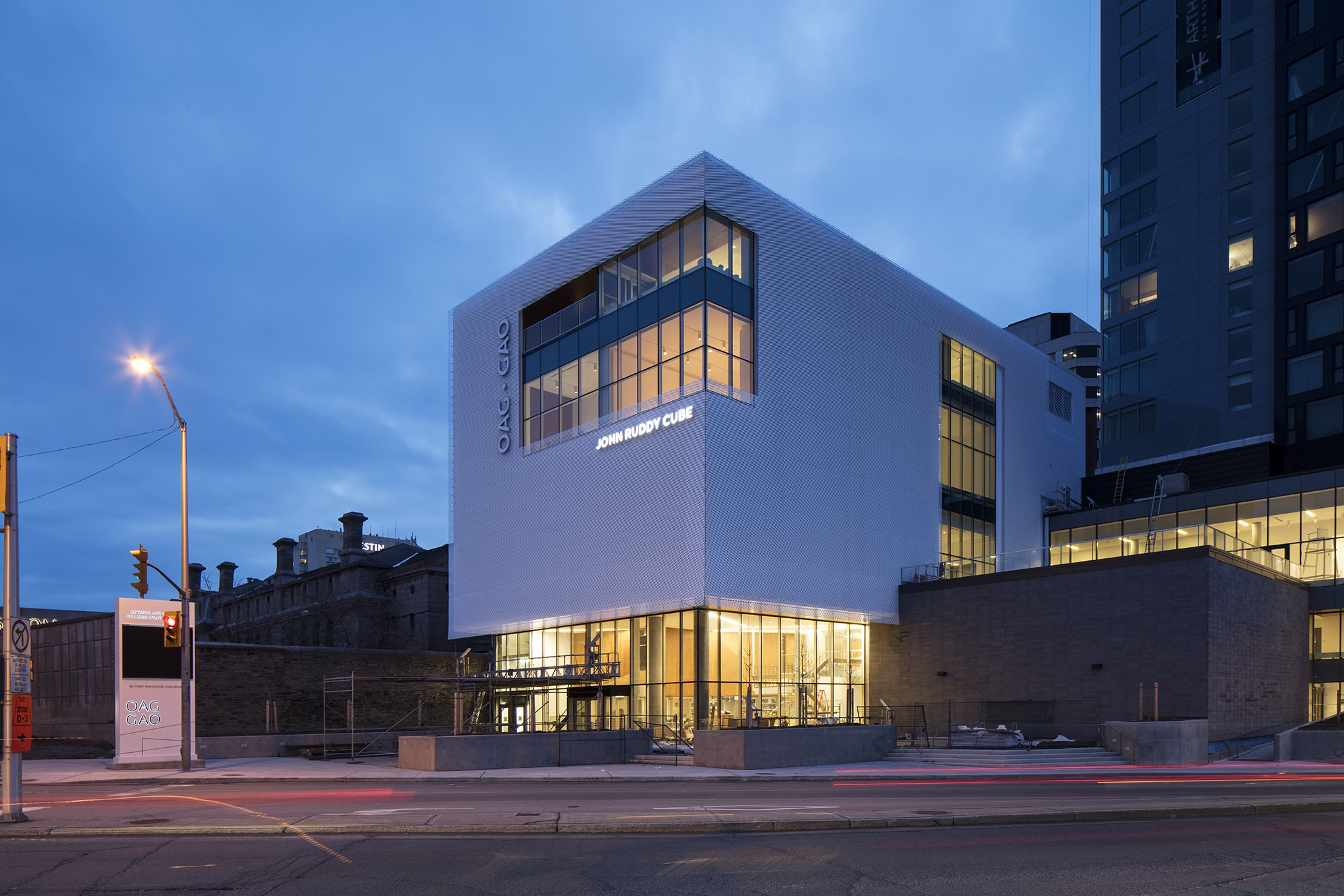 It’s a well-known fact that the Prince loves a pint as much as his bride loves a green juice, so why not pop into the pub that shares the name of the newly-dubbed Duke and Duchess of Sussex? This classically British watering hole offers many English staples (fish and chips, curry, shepherd’s pie) and a lovely patio.

A favourite after-work pit stop for the political set (including local royalty, Justin and Sophie), this resto-bar is located in an old converted bank on a pedestrian-only street near the Parliament buildings. What was once the vault is now a wine cellar—sure to please oenophile Markle, who named her now-defunct blog, The Tig, after her favourite vino.

For A Spot Of Tea

Rumour has it that before meeting her future granny, Meghan Markle sought some tea sipping etiquette instruction. You, too, can indulge in the beloved English ritual at these favourite Ottawa spots. 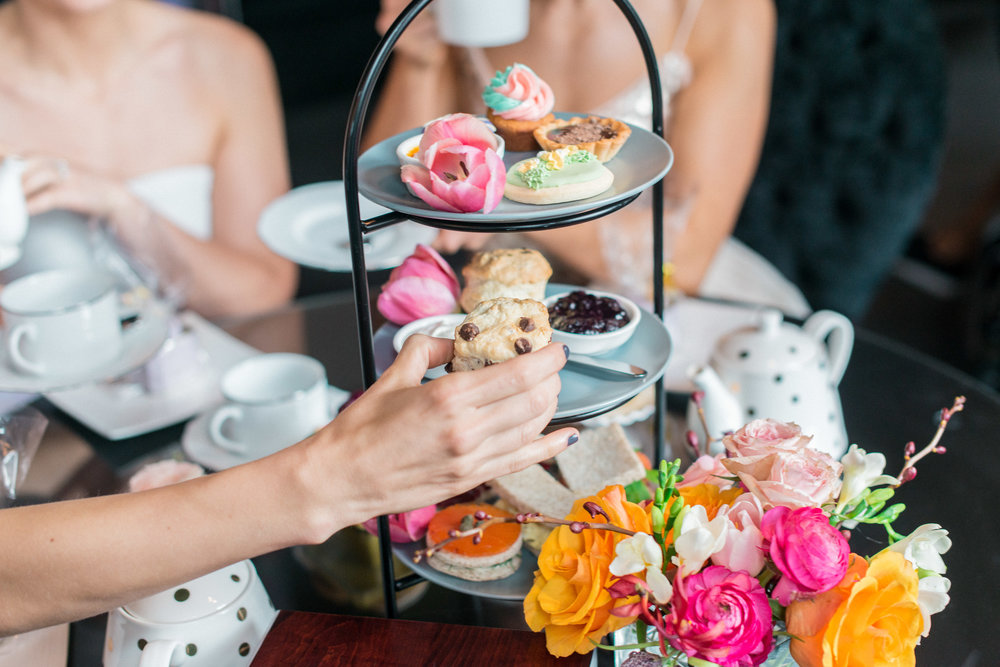 Located in the city’s most iconic and historic hotel, this high tea experience is mostly classic British with a little Canuck flare (maple tea, red and white éclairs). The décor is only slightly less posh than Buckingham palace, so dress you best (and bring your camera). Our brew pick: The maple, of course.

The “Meghan Markle Effect” describes the phenomenon wherein pretty much anything the newly-minted Duchess and fashion icon wears becomes a world-wide style craze. The former Toronto-resident has shown a lot of loyalty to her adopted home-nation: Here’s where to find her go-to Canadian labels in the capital city.

Long before she was a royal, Markle was a fan of this Toronto-based line of it-girl staples, including the “Brando coat” which she owns in two colours and wore most recently during a royal visit to Brixton. Shop it at: Schad boutique, 521 Sussex Dr.

In a stylish nod to the Emerald Isle, Markle wore a jewel-toned green skirt by the Toronto design duo while visiting Ireland back in March. Shop it at: Simons, CF Rideau Centre.

Markle wore one of the Montreal outerwear line’s signature moto jackets (in a saucy wine hue) to the opening ceremony of the Invictus Games last fall, and a floor length pea coat for her first official outing with the prince. Shop it at: Tallow Boutique, 116 Wellington St. W.

Generally favouring delicate bling over flashy statement jewels, Markle is a fan of the classic Canadian jewelry line, repped by her friend and style guru Jessica Mulroney. The diamond studs she wore for her engagement announcement sold out within a few hours. Shop it at: The Birks store, CF Rideau Centre.