The best kid-friendly spots in Toronto that parents will love, too

It's possible to have a family-friendly vacation without eating plain cheese pizza for a week straight. 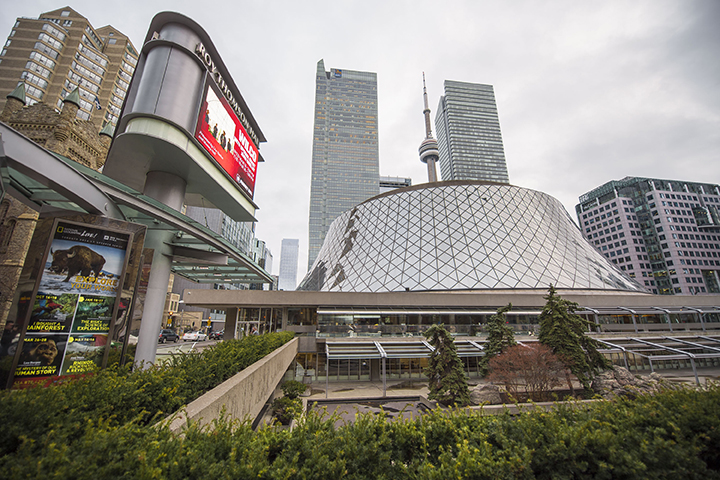 In Partnership with Tourism Toronto

A city that boasts an aquarium, a science centre and a Bat Cave is a city that knows how to keep children entertained. But are there family-friendly destinations that offer as much for parents as they do for kids? Happily, Toronto has those, too.

Family concerts at the TSO

All sloped, honeycomb glass on the outside and warm maple wood inside, Roy Thomson Hall is precisely the classy concert venue you want for massively talented musicians in formalwear. But the Toronto Symphony Orchestra loosens up a bit for its family concerts, where the orchestra provides musical accompaniment for awesome kid-friendly films. Upcoming features include Ratatouille and The Hockey Sweater, plus some well-loved tunes from Star Wars, Mission: Impossible and Jaws. You haven’t heard the dunnnnn dunnn of the great white shark coming for its prey until you’ve heard it performed live by nearly 100 musicians. Tso.ca.

Related: Toronto for design lovers: Where to find architectural gems

Barbecue and books on Roncesvalles

This hip, leafy neighbourhood in Toronto’s west end is home to a ton of young families, so local restaurants are well-practiced in the art of pleasing both skeptical young eaters and savvy older ones. Barque Smokehouse does it even better than most, with a killer kids’ menu that gives them a meat (choose from “cluck,” “oink” or “moo”), a side and a decorate-it-yourself cookie for just 10 bucks. Parents, meanwhile, get to enjoy some of the best barbeque in the city (the brisket, in particular, is preposterously good). A half block away, the independent Another Story Bookstore has a sprawling collection of children’s and young adult books—plus plenty of well-curated cookbooks and fiction to busy yourself with while they browse. Barque.ca, anotherstory.ca. 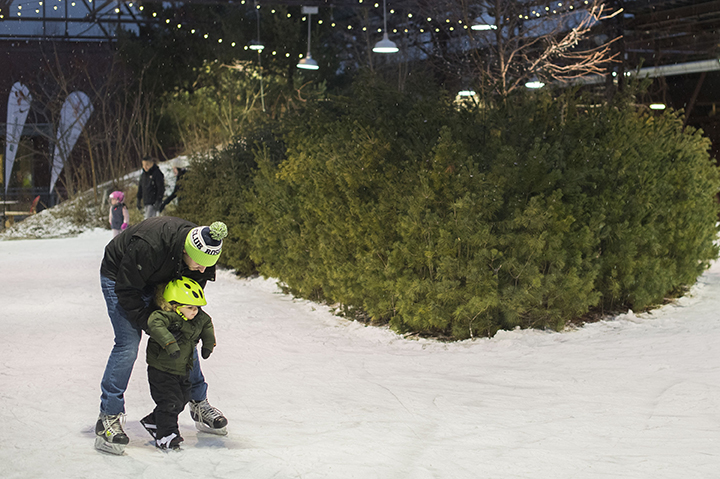 Skating at the Brick Works

The Evergreen Brick Works skating rink is one of the loveliest in town, with an open-air trail that winds under exposed beams—and it might just be the smartest rink, too. There’s a cooling system below the ice that makes sure everything stays frozen, even in above-zero weather, and the excess heat is used to warm up the market next door. Head there for food that’s far more interesting than your typical hockey rink fare: on weekends, street food vendors offer everything from Venezuelan arepas and Tibetan momos to Mexican flautas and Belgian waffles. (There’s also pizza and pasta for pickier eaters.) The street food market runs until the end of February, and the rink is open till March. Evergreen.ca.

Related: The absolute best spots in Toronto for breakfast lovers

Dessert for everyone along King West

Home to soaring condo towers, thumping clubs and Drake’s favourite hotspot, Fring’s, King West is a major nightlife destination. But the strip can also satisfy the sweetest of tooths. Start your crawl at Forna Cultura, a subterranean bakery from a third-generation Italian baker, who whips up flaky, buttery, croissant-like cornetti, plum-and-berry tarts and a salty-sweet chocolate olive oil cake that’s pretty much non-negotiable. Double down on the chocolate at Soma, where the mad geniuses have won nearly every imaginable award for their bars, truffles, toffee and treats. Five flavours of drinking chocolate (from malted milk to orange-chili) will warm you up, and then the ridiculous ice cream at Sweet Jesus will cool you back down. One recent creation comes with toasted marshmallows, graham crackers, goat’s-milk caramel and spiced sweet-potato syrup; a classic, The Elvis, mixes banana soft-serve with peanut butter and candied bacon bits. There’s also an espresso bar, so the adults can trade in the sugar for some caffeine. Fornocultura.com, somachocolate.com, sweetjesus4life.com. 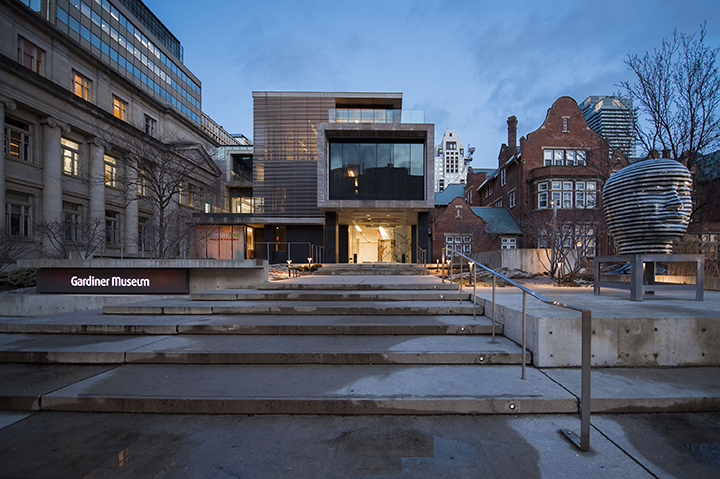 Drop-in classes at the Gardiner Museum

Everyone under 18 gets in for free at Canada’s only ceramics museum, and on Sundays, the sun-drenched lobby is taken over by family-friendly drop-in activities. You and the kids can tackle a scavenger hunt (cool), paint your own tiles (cooler) and make sculptures out of clay (coolest), with resident potters on hand to provide pointers. Take your inspiration from one of the Gardiner Museum’s latest acquisitions, a mid-century Danish animal named Goofus, which is part giraffe, part sheep, part horse and all muse. Gardinermuseum.on.ca.

Cold-weather art at the Beaches

During the summer, the beaches in Toronto’s east end are completely overtaken by sunbathers, picnickers and highly enthusiastic volleyball players. In the winter, however, the waterfront tends to go forgotten, so an annual design competition decided to give people a reason to head to the lake. For this year’s Winter Stations, international artists will completely transform eight lifeguard stations—into a Japanese hot spring, an urban forest and modern lighthouse (for starters). The exhibit, which runs from Family Day till late March, makes for a very cool afternoon and a very gentle way to introduce your tykes to public art. Winterstations.com.

More:
When mom becomes dad: Life as a transgender parent
The 15 coolest libraries in Canada
Lainey Gossip’s Year of the Rooster Predictions